The first two of Sprint's latest three-phone, mid-range lineup are now arriving to various Sprint retailers, such as Best Buy, sprint.com, Wirefly.com, and others. While they aren't the powerhouses that we've gotten used to, the Sanyo Zio and the Samsung Transform are good introductory-level Android devices for people who want to dump their feature phones for smartphones without having to shell out the big bucks. They are joining the ranks of Sprint's other low-to-mid-range phones, such as the Samsung Intercept and the HTC Hero.

The Sanyo Zio offers a 3.2-inch touchscreen, mobile hotspot, and a 3.2MP camera with autofocus. It's packing Sprint's new Sprint ID on top of, yes, the same old Android 2.1 Eclair. The Zio clocks in at a cool $99. 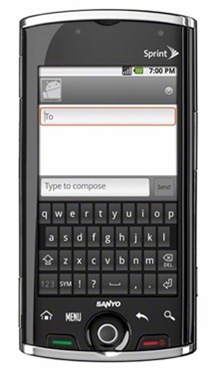 The Samsung Transform, also boasting Sprint ID, offers a 3.5-inch screen (that is HVGA for some reason), a front-facing camera, a full keyboard, a rear 3.2MP camera, and an 800MHz processor. The Transform runs 2.1 against the better wishes of everyone on Earth and costs $50 more than the Zio, for a grand total of $149. 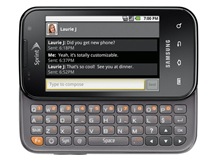 The specs on these phones are by no means impressive; they match the price point which, as I said, is introductory level. Not necessarily for the die-hard cell phone junkie looking for the latest and greatest phone to impress everyone with, the Zio and the Transform will still get the job done. They're worth a look, at least, especially if you have been using a feature phone and want something better. It shouldn't be long before they get Froyo (but we've heard that before - even the Epic 4G doesn't have it yet) which will sweeten the pot but, for now, they're just a little behind. If you need Froyo on a mid-range phone, you might be better off holding out for the LG Optimus S.