CNET's Bonnie Cha found the G2's design to be "clean and very professional," although she also said that she wouldn't exactly classify it as sexy, despite our own Artem Russakovskii's earlier comments. What she found more impressive was the G2's build quality and keyboard, the former of which she described as "premium" and the latter she thought was "quite good."

Additionally, she has confirmed that the phone's 800MHz Qualcomm Snapdragon MSM7230 chipset is nothing to worry about; if anything, it is a pro rather than a con (as she says, "don't let the numbers fool you;" it turns out the processor is actually a newer and better model than the 1GHz Snapdragon processor found in devices like the HTC EVO 4G and the Xperia X10).

Some minor issues aside, the T-Mobile G2 is one of the carrier's top Android smartphones, offering an excellent QWERTY keyboard, speed, and plenty of features. 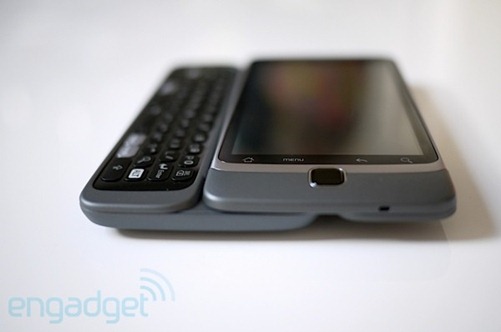 Engadget's editor-in-chief Joshua Topolsky also got a chance to review the G2, and while he found the speakerphone to be "downright painful" and the camera to be "solid but not mind-blowing," overall, his opinion was positive:

The G2 is not just an awesome Android phone, it's an awesome phone, period. It's clear that HTC has taken its years of experience with devices in this form factor and applied that knowledge to this device.

From a hardware perspective, you'd be hard-pressed to find a more attractive, elegant, or capable landscape QWERTY phone, and as far as software is concerned, T-Mobile seems to be doing its best to offer Android in an untainted form. Yes, there is a little bit of bloatware here, and yes, there seems to be something amiss with the G2's potential for hacking, but as a standalone Android device in a world of iPhone 4s and EVOs, it's packing some serious heat. Every phone on the market right now has its own set of idiosyncrasies and minor shortcomings, and the G2 is no different there, but HTC and T-Mobile have pulled the device together in a way that makes those dents pretty easy to ignore.

If you're looking for a top-tier Android player with little in the way of compromises, look no further. The G2 has arrived. 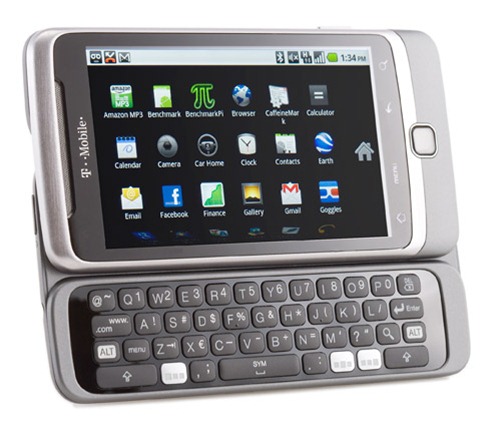 Sascha Segan of PC Magazine opened his T-Mobile G2 review by calling the device "sleek and classy," going on to call the hinge by which users can slide up the display to access the keyboard "powerful" and "guillotine-like." It wasn't all good though;  he was disappointed by the fact that although T-Mobile claims it runs stock Android, the company felt the need to pre-load a ton of bloatware and remove tethering altogether. However, he did like the phone overall, as evidenced by his conclusion:

The G2 is the best smartphone with a keyboard on T-Mobile. If you like the tap-tap-tap of physical keys, the G2's speedy Android style, excellent messaging software and top-notch Web browser make it a pleasure to use. The phone is much faster and classier than its main keyboarded competitor, the myTouch 3G Slide ($179.99, 3.5 stars). There are also specific features on the G2, like voice dialing over Bluetooth, that aren't available on its main competitor, the Samsung Vibrant.

While the Vibrant and the T-Mobile G2 are both Editors' Choice winners (one for smartphone with a physical keyboard, the other without), I still prefer the Samsung Vibrant. The Vibrant has an even faster processor, better multimedia skills, stronger social-networking integration, and it's noticeably lighter. Both are top-of-the-line smartphones - your choice should be based on your form-factor preference - but either will serve you well.

Seth Weintraub of CNN Money's Fortune Magazine also gave the G2 a thumbs-up, calling its HPSA+ connectivity "very quick," although he didn't think nearly as highly of the phone's pre-installed Web2go app, which he thinks "ruins a pristine Google experience!" Nonetheless, he came to the same conclusion as Bonnie, Josh, and Sascha:

So is this really the best GSM phone sold in the U.S.?  The closest competition is the Nexus One which you can no longer buy and the Samsung Galaxy phones (Vibrant and Captivate) which are still stuck on Android 2.1 and don't have a strong GPS.  The closest contender is actually the T-Mobile MyTouch HD which is due out in a couple weeks. We'll see how it stacks up to the current "King of Android GSM."

The G2 is certainly not a perfect device - its "stock" build of Android does not include tethering, one of FroYo's built-in features, its speakerphone can be tinny, and its camera isn't the best, not to mention that pesky chip which prevents permanent rooting. Nonetheless, its aluminum construction, speed, and keyboard seem to be enough to push it over the edge - the T-Mobile G2 appears to be one of the, if not the, best phones out there.