The lucky folks over at French tech blog JournalDuGeek got themselves some on-wrist time with Sony Ericsson's OLED Bluetooth watch/remote/alert terminal. If you're not familiar with the device, check out our coverage of its official announcement in September: Sony Ericsson Outs The LiveView Remote For Android Devices...

JDG posted some rather blurry pics of the device, whilst also disclosing a price and rough release date: €59 in November. Considering Sony are known for "aspirational" pricing, this is very pleasing if true. Not much was said about the device itself, and it is unknown as yet how legible the OLED screen is in sunlight. 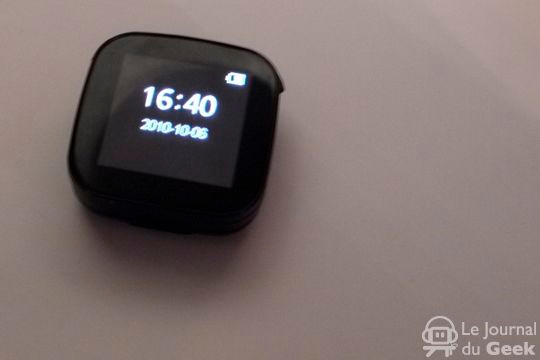 This news is exciting in itself, but it also implies an update schedule for Sony Ericsson's X10 line, since none of them have the required Android 2.0 yet. It looks like those wrathy blog-commenters won't have much longer to wait, as the LiveView will hit retail at the same time as those phones get updated to Éclair (2.1).

Android At War: Google Mounts A Defense Against Oracle, But Can They Win? An Analysis