As we previously reported, Oracle America has filed suit against Google for (primarily) patent infringement. If you're not familiar with the case, I'll quickly summarize.

Oracle claims Google is in violation of seven U.S. patents previously filed by Sun Microsystems as part of the Java platform. Oracle now owns Sun. The alleged infringer, more specifically, is Android. If you want a more detailed explanation, read the next paragraph. If not, look at the pretty picture and continue.

The patents generally relate to the Java virtual machine (JVM). Apps on your Android phone run through the Dalvik VM (DVM), a Google / Open Handset Alliance developed alternative to JVM that utilizes portions of an open source Java implementation known as Apache Harmony. Harmony still uses stacks (software modules) that are part of the JVM in its implementation. Sun, as part of its open-source Java initiative, gave Apache a license in 2006 to freely distribute Harmony as an open-source implementation of Java. But, there was a caveat: Sun explicitly stated to Apache that Harmony could not be implemented on mobile devices (as you may guess, this is where things get sticky for Google). 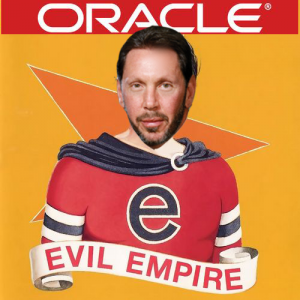 Oracle, one of America's most prolific litigants in the tech industry, likely realized its case against Google early on in its acquisition of Sun. It seems that Sun themselves never actually planned on suing Google - despite the fact that the two had a falling out over Google's refusal to implement a heavily branded and licensed implementation of Sun's own JavaVM in Android. In the end, Sun's own CEO expressed excitement over Android when it was released as a major boost to Java's open source initiative, and it seemed differences had been settled. 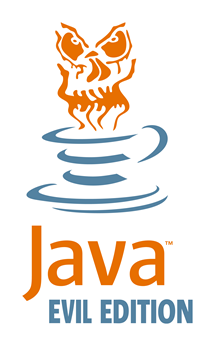 Google's answer to Oracle's patent infringement claims? Prove it. This is typical in tech lawsuits - often the plaintiff (the party making the claim) will file a lawsuit that is concrete enough to make it to court, but is so vague that it's difficult for the defendant to figure out what specific attacks are being made. Google is essentially requesting clarification. Sun specified the patents it claims Google has violated in its filing, but did not specify precisely how Google is violating them.

In response, Google has motioned for what is known as "declaratory judgment" in regard to each of the seven patents, and on two issues. First, whether Google is infringing upon the patent. Second, whether the patent is valid and enforceable. What does this mean? It means Oracle will have to file a response to Google's motions, and that response will need Oracle's specific arguments regarding how Google is infringing on each of the patents in question, and why these patents are valid and enforceable.

If Oracle's response fails to show both for any one patent, that patent's infringement claim will be dismissed. It's important to note that Oracle bears the burden of proof if the case goes to trial. Google has also filed ten additional defenses in response to Oracle's allegations, some of them stronger than others. To summarize them, Google is basically saying that the way Sun allowed Java to be used in recent years makes any claim regarding these patents unenforceable. Additionally, Google claims Oracle is a jerk and always steals its lunch money on Taco Tuesdays.

Who has the better case? At this point, it's difficult to say. Google's moral defense is a strong one, and this isn't something a judge will be unsympathetic to. However, if Oracle can decisively show any one of its patents meets the requirements for enforceability and of infringement, Google could be in serious trouble down the road.

In regard to speculations about injunctive relief (Oracle wants to put a halt on the sale of Android devices until the issue is resolved by a jury trial), it is extremely unlikely a California judge would provide Oracle such a remedy. It has generally been regarded as an impractical and unduly harmful solution for cases involving the tech industry - so I can say that any speculation about Android device sales being halted is sheer hyperbole.

Sony Ericsson LiveView Priced And Dated For Europe, X10s To Get OS Update In November?