Prev
Posts in the last
24 Hours
sorted by
Hottest
Next
Update: As Artation has pointed out in the comments below, Universal Androot has since been removed from the Market for unknown reasons. If you're still heartbent on using it though, you can download it it from here.

Now, the app has hit the Market and is ready for prime time with support for a multitude phones, including devices running Android 2.2 FroYo (though, only limited to Nexus One before 2.2.1 and an older FRG01B Droid build), 2.1 Eclair, 1.6 Donut, and even phones stuck on 1.5 Cupcake, like the HTC Magic. Unfortunately, some phones, like the HTC EVO 4G and handsets running the FRG22D version of FroYo, are still left out of the fun.

As well as the ones that Androot isn't (yet) compatible with:

Universal Androot can be downloaded from the Market by clicking or scanning the barcode below... if you dare.

Update: Market URL changed - the new one is below. 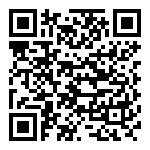 Adobe AIR Lands In Android Market, Doesn't Do Much Of Anything Yet