Over at the on-going CEATEC show at the Makuhari Messe in Japan, visitors have been treated to a display by Samsung of the next generation in WiMax. While you may be excited about getting HSPA+ (<56 Mb) on your G2, or the forthcoming LTE (<100 Mb) network promised by Verizon late this year, the 330 Mbit connection of WiMax 2 (up from <30 Mb) rather puts those in the shade. Showing off speeds that most would trade limbs for even on their home network, the new 802.16m implementation is capable of streaming full HD 3D video with ease. 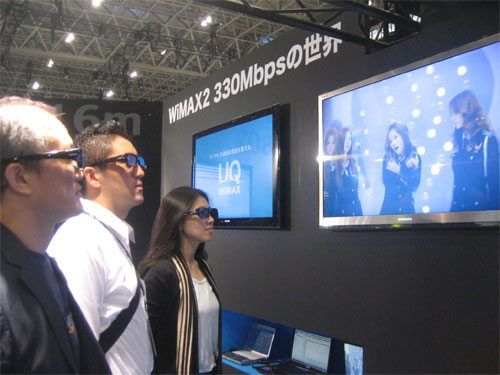 The WiMax 2 standard is set to be finalized within the next month or so, and a commercial application is expected by the end of 2011. With this WiMax seems right back in the game, even if LTE may have won this round.