When Gingerbread hits this fall/winter, however, this chart is bound to get pretty ugly - while Donut and Cupcake continued their decline, together they still make up a decent portion of Android devices, at 26.1% combined. Fortunately, while phones running these outdated operating systems will probably not be updated in the near future, they will be discontinued by carriers and replaced with newer models running newer versions of Android (for example, T-Mobile is discontinuing the original myTouch, Motorola CLIQ, and CLIQ XT today, and has already done it to the G1). Nonetheless, we're interested in seeing how exactly Google plans to tackle the problem because 5 different OS versions just does not look pretty. 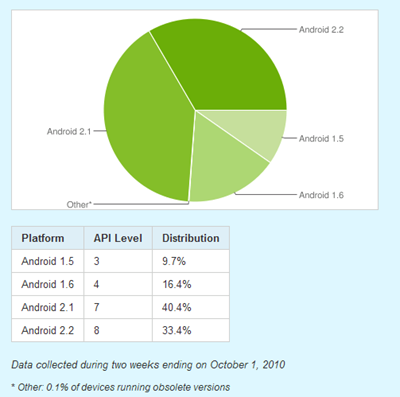