The invasion continues! Development of CyanogenMod 6 for the Epic 4G is clearly coming along nicely, as a picture of it running has just been released as a quick "status update" on the CM forums.

The fact that it is actually running on the device is encouraging, but we could still be pretty far away from a testable version: no downloads are available yet, and if you look at the notification bar, you'll see a pretty significant bug in this build. Still, if you're desperately awaiting Android 2.2 (or just vanilla Android) on your Epic, just know that it's on the way. 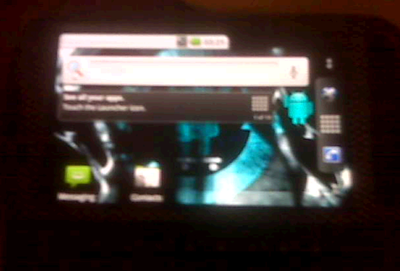 Thanks to Drew Schillinger for the tip!

LG: "Froyo Isn't Good Enough For Our Tablet, We'll Wait For A More Suitable Version Of ...