Over at XDA, user designgears got this leak from an anonymous source and, while we were initially skeptical of its authenticity, it does appear legit, according to the users who have flashed it. The instructions to install it are fairly simple for even inexperienced users:

After that, you should be greeted by this in your "About Phone" menu: 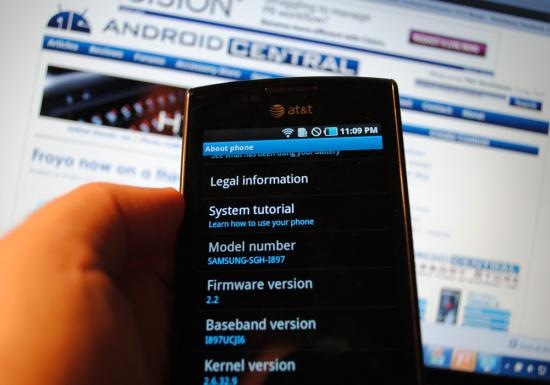 The usual "not my bad if you break it" lingo comes in at this point but you were expecting that. If this is the final release of Froyo for the Captivate, then congratulations, users. If not, it means that the official final release isn't far off. This may also open the door for custom ROMs on the Captivate but, at this point, we're just taking it for what it is.

You can get everything you need at the XDA thead here. Happy flashing!