Google promised it a fairly long while ago and today it finally got around to replacing the old Nexus One sale page with a list of all (OK, not all, at least not yet) Android phones with Google services (Market, Gmail, YouTube, et cetera). It may not be the most comprehensive list yet, but it's definitely a start. 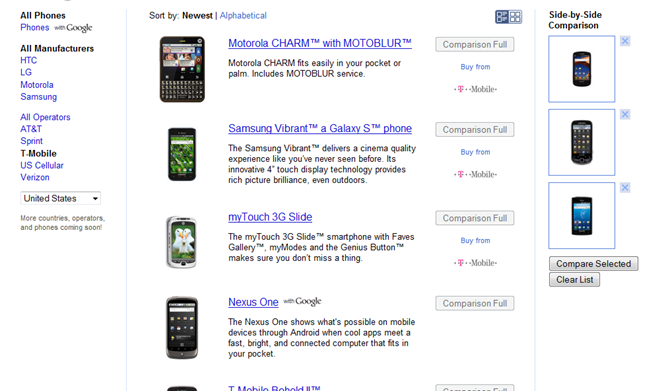 Right now, the list only includes phones from manufacturers HTC, LG, Samsung, and Motorola, although it lists phones from several different carriers in multiple countries. If you see some phones (or countries) missing, don't fret: Google has already promised to add new countries to the list as it grows, as well as phones that are currently missing (for example, I didn't find Verizon's Samsung Fascinate present).

The comparison feature is probably the best feature of the gallery; it allows you to choose up to three phones and get detailed specs on each one side-by-side, which can be useful in determining the next phone you want to purchase.

The biggest downside here would have to be the fact that only phones with Google services are listed, so this can't effectively be used as a list of all currently available Android devices (particularly tablets). Check the gallery out yourself here. 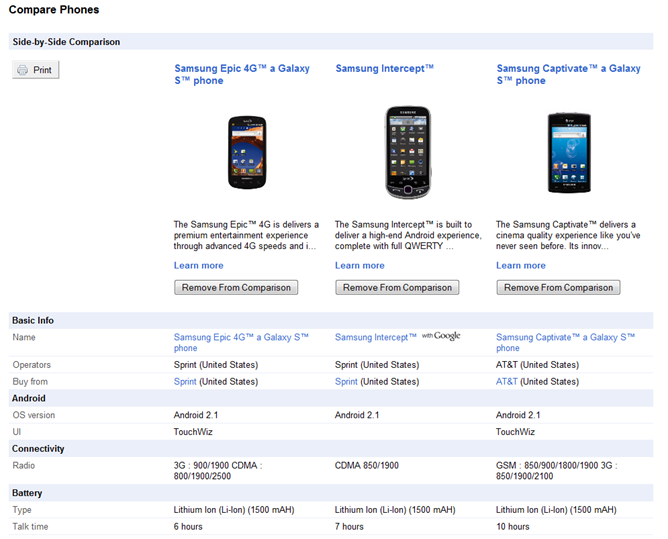