BoyGeniusReport just got a nice clear photo of the HTC Merge, a device we may or may not have seen pass through the FCC with a red keyboard, better known as the dual-mode QWERTY slider for Verizon. The phone appears to be running Sense, and is now rocking a rather svelte brushed-metal style keyboard - one with a markedly different layout to the G2. 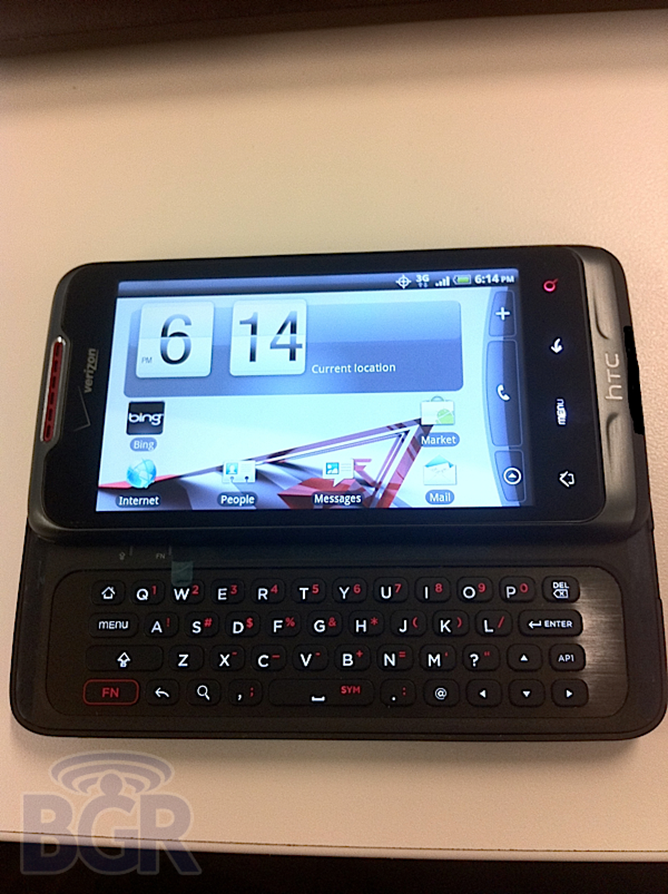 There's also the whole Bing thing. It seems that Microsoft have a deal with Verizon to shove Bing onto any phones without the DROID branding. Which is pretty strange, considering the whole black-and-red colour scheme the Merge has got going on, making it look like it really should be a DROID. The known specs include a 5 Megapixel camera, a 4" screen, a MSM7630 CPU (same as in the T-Mo G2/Desire Z), and not a whole else.

I don't know about you, but I'm starting to agree with Jaroslav's editorial: 3rd parties should learn to leave Android untouched.

Next Up To Try And Overthrow The Android Market: Amazon