A version of the Motorola Flipout designed just for AT&T? Not possible, they say.

Ah, but what's this? According to a recent auction on eBay hosted by seller hotjdragon, who, mind you, has a satisfaction rating of 99.9%, this square little device is indeed real and is indeed selling for the off contract price of $388.88. Of course, it's always possible that AT&T will jack up this price in order to lock customers into a two-year service agreement, but, at least for now, here is what $388.88 gets you: 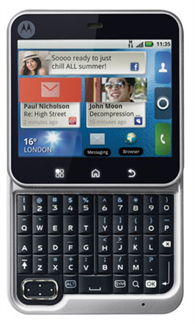 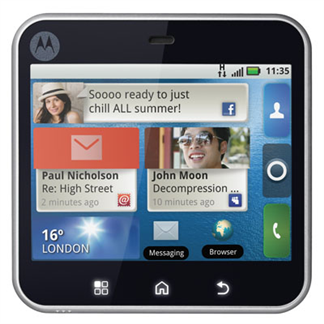 If you want one, you better hurry, though, as there appears to be only a few left!

Update: As our very own Brian O'Toole says, play.com is currently selling the European version of the device (which appears to be identical to AT&T's model) for £230 (about $310.13) unlocked, which is approximately $78.75 less than what hotjdragon will charge you. Then again, that white and orange packaging combined with that "TXTING & DRIVING ... IT CAN WAIT." sticker make AT&T's device hard to resist, all kidding aside.
subscribe