Earlier, HTC and Sprint announced that they would be rolling out an update for the EVO 4G to fix some issues. Very shortly after the announcement (not the update itself, which literally went live 30 minutes ago, but the announcement of it, mind you), a rooted version of said update was released by the insane, caffeine fueled developers at XDA. Normally, after an update such as this you would have to wait for some kind dev to root the update or take advantage of Unrevoked Forever. Apparently, though, the Android community was ahead of HTC themselves in releasing the OTA update. We are all thankful for that. Here is a little bit of proof for you skeptics out there: 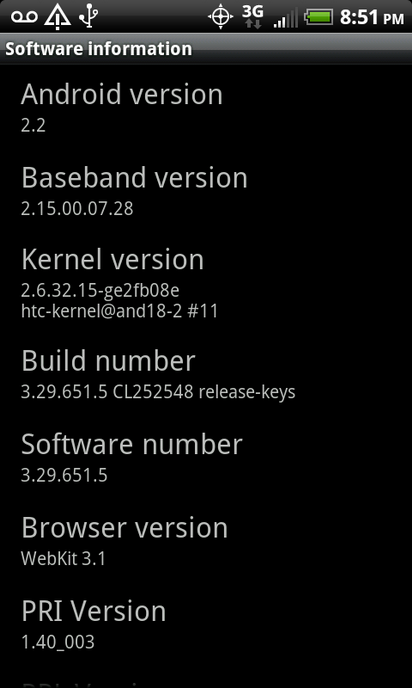 As you can see, the firmware version has been updated and every looks great. So, all you rooted users out there, go nuts and enjoy the fruits of XDA's time-travelling abilities.