While there have been several third party retailers already grabbing headlines with pre-orders of the T-Mobile G2, T-Mo themselves have been keeping mum about when the phone will go up for sale. Well, several T-Mobile customers have been reporting today that the G2 has appeared in their online store with an enticing label: “Pre-ordering starts soon!” 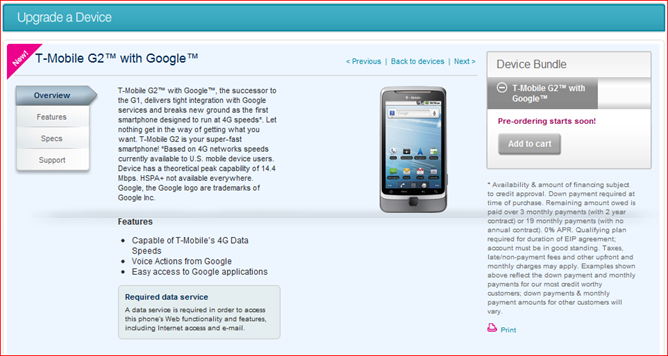 While this is no concrete date, it’s still enough to set vanilla Froyo fanboys’ hearts aflutter, despite the continued lack of an official release date for the G2 (don’t give up hope, guys). 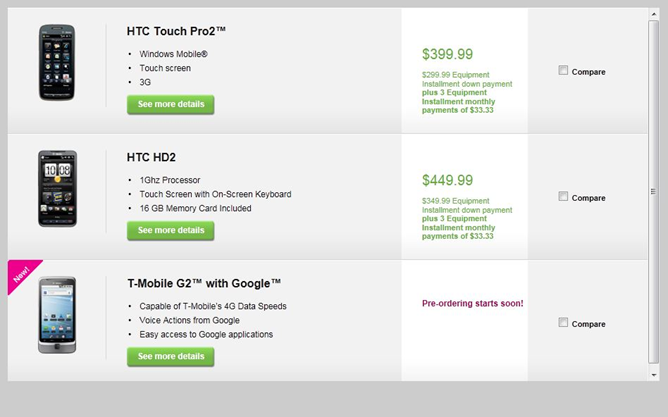 Lest we forget in all the excitement: RadioShack are already advertising the G2 for $50 off the expected contract price, and Best Buy is offering it for $200 on contract. The most recent speculation points towards a release date of October 16, although Best Buy has announced they'll start handing them out as early as October 6.