In what may be more exciting news, Mr. Michael Dell has just given attendees of an Oracle event a sneak peek at a new 7-inch Android-based tablet that looks a lot like the rumored Looking Glass tablet that was leaked some while back. Unfortunately, the Dell CEO did not announce any specs, features, or anything other than the fact that it'll look something like it does in this image taken by Reuters: 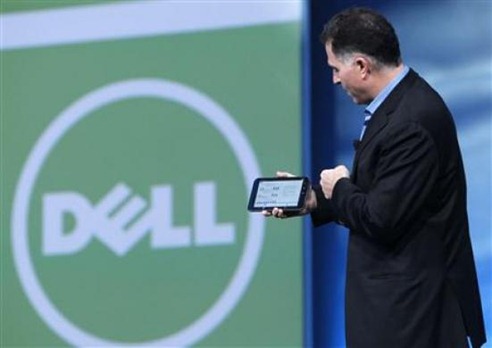 Hopefully this one will end up doing well and will serve as a legitimate competitor to Samsung's awesome-looking Galaxy Tab.