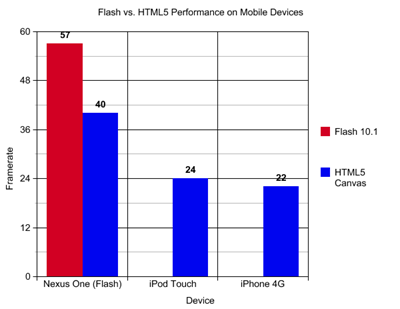 Even better, the N1 managed to keep rendering the ball (albeit slowly) during zooming - not so for the iOS devices. Not only did they stop rendering entirely, but when rendering resumed, it took a minute to get back up to its still-slow 24 FPS.

The plot thickens, though: Chris was kind enough to benchmark the same animation in Flash 10.1 and found it rendered at 57 FPS, all while consuming half as much power: 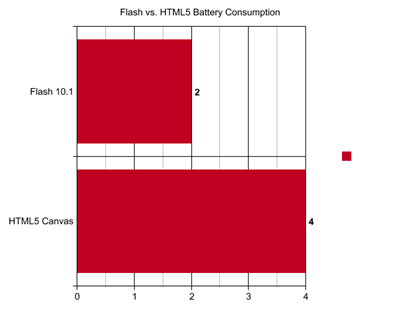 Fanboyism aside, it's important to note that this is a single benchmark, and on a single (Android) device. Still, the numbers speak for themselves.

Chris's video of the iPod Touch and N1 benchmarks:

Can You Combine "Mobile Phone Makers", "Android", And "Peeing In Your Pants" Into A Single ...