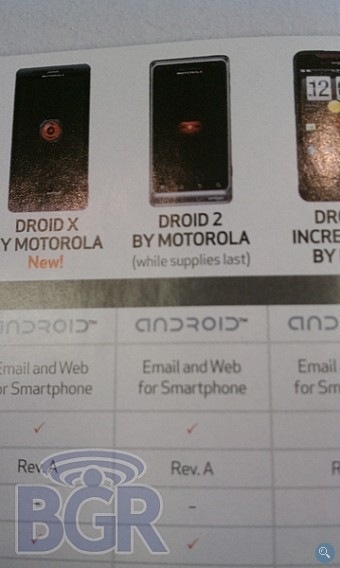 You'll notice that underneath the words "Droid 2 by Motorola" it states "while supplies last," indicating that there are a finite number left. According to BGR, the word on the street is that this could be to make way for the rumored Droid 2:World Edition which, as its name suggests, is simply the Droid 2 with world capabilities.

I feel like Verizon is spitting in the face of the people who bought the original Droid 2 if this is the case, especially if the phone replacing the Droid 2 will be the same price. The most important question is: will Verizon keep up with OS upgrades or will it abandon Droid 2, leaving its owners behind? Only time will show.