A couple of weeks back, Boy Genius Report got their hands on some photos of a very svelte looking, EVO-esque HTC phone that is supposedly coming to Verizon.

Now they have a suspicion that it is in fact Verizon’s model of the Desire HD, announced a few days ago in London.

There are one or two things to say about this - firstly, the handset they obtained images of has a kickstand, a feature notably absent in the super-slim Desire HD. Also, there have been no announcements as yet of a CDMA version at all, although that may well come in the future.

There’s also the notable inclusion of what appears to be a front facing camera, which makes the whole package seem a bit more like the EVO 4G in a prettier package. 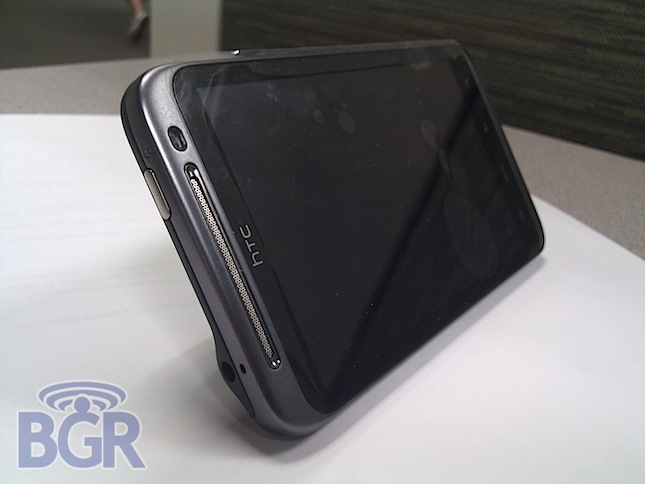 However, we have been hearing about Verizon “World Phone” rumours for some time now, and this device may well be shaping up to fit the bill. An upgraded version of the HD with, oh, let’s say LTE and a globe-trotting radio … kinda hard to argue with, eh?

[Android Police Giveaway] 10 Amzer And Gizmo Dorks Cases Are Up For Grabs - Incredible (2), ...