Acer has partnered with Ferrari to release a special edition of their Liquid E smartphone. The internals are the same as the regular Liquid E, albeit with the processor stock clocked a bit higher:

The only real customizations are that it's apparently been custom designed by Ferrari to be light weight, and checks in at 135g. Other than that, it's Ferrari red with an accompanying logo around back, and has a few custom Ferrari wallpapers. In other words, it's probably not going to be worth the hefty markup they'll likely apply to it. 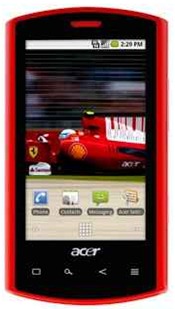 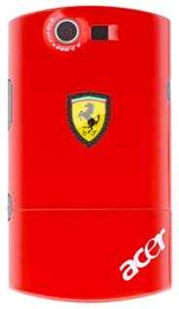 But wait, things get a little more ridiculous: they're releasing it exclusively in India. Because when you think of Ferrari, you think of India, right?

I've always thought these types of phones were just silly. You want to take average hardware, throw a logo and some custom plastic on it, and mark it up a few hundred bucks? That's like taking a $15,000 Toyota iQ, slapping some Aston Martin badges on it, and selling it for $40,000. Like that would ever happen.