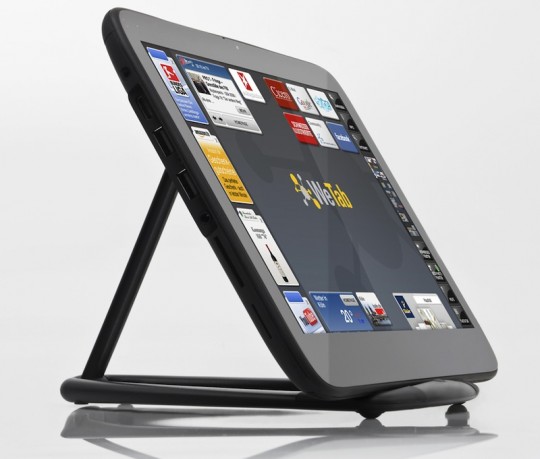 Anyhow, the WeTab, which does indeed run the former of those two operating systems, will also be able to run applications designed for the latter, ie Android! It isn't clear whether this means that it will offer access to the Android Market or merely be able to run Android apps downloaded off the Internet, though the tablet will ship with an app store called the "Meta Store". Sound good? The tablet also offers:

Oh yeah, and in addition to the aforementioned compatibility with Android apps, the WeTab will also be compatible with Java, Linux, and Adobe Air applications (and, of course, native MeeGo apps as well). The tablet wars are just getting started, folks, so place your bets and buy your stocks now!

HTC Sense Will Support Map Pre-Caching In Its Latest Upgrade

Samsung Galaxy Tab Officially Headed To All Four Major US Carriers (UPDATE: No 4G On Sprint's ...