It looks like user Rock_Harder over at the XDA community has solved a problem most people didn't even realize they had. If you, like many people, are faced with the issue of where to put the music widget on your homescreen, he's got you covered.

Essentially, his dilemma was that he simply didn't have the real estate to place the music widget effectively. He uses LauncherPro and had some of those handy extra dock icons laying around so, using all of his cunning and wit, Remoter was born. Huzzah!

"What is Remoter?" you may ask, "and why do I need it?" Remoter is awesome, and you need it because it is a very clever implementation of Android's capabilities that saves you time and space. Basically, it is a series of tiny applications that serve as media player buttons: 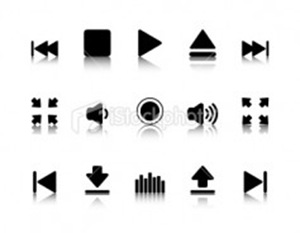 The idea is that you would place these icon shortcuts in the LauncherPro dock area so that, instead of wasting space with the music widget, you can make use of those open dock slots and control the music player externally. This will actually work from anywhere in the operating system that applications can be launched.

Remoter is in what you might call "beta testing" right now. There are no icons at the moment and only the Play, Pause, Next and Previous Track, and Shuffle buttons are working(and only with the stock Android music player app). Rock_Harder had this to say:

As i wanted to control my music via LauncherPros Dock i created a few small apps to do it, Play/Pause, Next and Prev. Track, Shuffle and Repeat are actually working. At the moment it only works with the Stock Android Music Player, but further support for other music player apps will be included when it hits the market.

I have planned another app to show the actually playing track in a toast popup, but thats not ready at all.

As far as i know it should also work with widgetLockers custom sliders, in folders, with the more icons widget and so on, everywhere where an app is possible to be started.

I attached the apps, they are only signed for approx 90 days(from the 23rd on), cause its only a test package, there are no icons, but will be done when it is released to market…

Remoter is only a working title

I personally am very excited to see how this app develops. It is one of those applications that shows not only how powerful and useful Android can be, but also how a user really can think of something he wants to do, then actually DO it. I'm sure we will see more ingenious ideas like this in the future.

HTC Sense Will Support Map Pre-Caching In Its Latest Upgrade