Along with the announcement of the less patriotic versions of the EVO 4G and G2, HTC informed attendees of their London press event today that the Sense UI overlay would be receiving an update - in addition to new cloud services through HTCSense.com.

What kind of new goodies does the updated Sense have in store? We'll break down what we've got so far:

Here are some pictures, courtesy of Engadget: 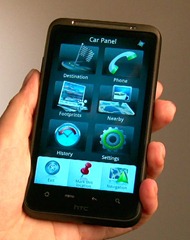 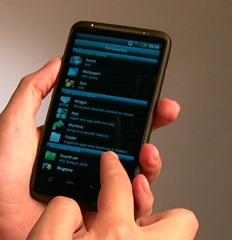 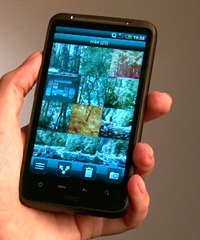 And what's all this talk of HTCSense.com and clouds? Remote services are something Android remains decidedly lacking in - though there are a number of apps available that provide robust options in that regard (see WaveSecure). HTC is hoping to capitalize on this void with HTCSense.com, which will provide Sense-equipped phones with a number of remote services:

HTCSense.com is probably the best move HTC can make in regard to the Sense brand, which, along with other custom UI's, Google hopes to make obsolete with Android's next major release: Gingerbread. Sense is a love-hate relationship for many HTC device owners - in Android's early days, Sense provided a more usable interface, integrated social apps, and an overall "prettier" experience. Unfortunately, HTC hasn't done a lot to keep Sense on the cutting edge.

With Android 2.1 and 2.2, Google honed in on a lot of the gripes users had about the vanilla Android interface. In addition, since Sense's introduction, the Android Marketplace has seen the introduction of a huge number of well-designed apps for social networking, chat, and UI skins - some of Sense's most popular integrated features.

Google hasn't stood still on the app front, either - updates to Maps, Gmail, Places, Navigation, Talk, Search (plus Voice Search), and Google Voice have made the stock suite of Android apps the most polished and feature-rich members of their respective classes. Google's inclusion of Twitter and Facebook's official apps in the vanilla build of Android 2.2 was yet another decision indicating a desire to make the stock version of Android a more "complete" experience. Sense's "out of the box" advantage has quickly faded, and HTC is probably aware of this.

With competitors Samsung and Motorola sporting far more up-to-date UI overlays (though they are arguably much, much worse ones), buyers have gravitated towards increasingly manufacturer-branded Android devices. HTC certainly doesn't want to lose this battle - as the first company to introduce a piece of Android hardware and respective UI overlay, they have a distinct advantage in terms of customer feedback and development experience. The new cloud services are the fruition of this experience - HTC still knows how to find the "missing" pieces of Android that the average user does not want to take the time and hassle to fill in themselves.

And that is who HTC is most concerned about - the average user. Sense has been a real consumer eye-catcher, and remains (in this writer's opinion) the most aesthetically pleasing UI overlay on any phone to date. But, as the average customer becomes more demanding of their smartphone, soft feature sets (like RIM's remote services and support and Apple's FaceTime) have started to gain traction as selling points. Whether cloud services are sexy enough to bring home bacon for HTC remains to be seen.

HTCSense.com
With the new HTCSense.com service, people can simply manage their mobile phone experience from their HTC phone or personal computer. For example, people can easily locate a missing phone by triggering the handset to ring loudly, even if it is set to silent, or to flag its location on a map. If the phone's been lost or stolen, users can remotely lock the phone, forward calls and texts to another phone, send a message to the phone to arrange its return or even remotely wipe all personal data from it. HTCSense.com makes it easy to setup a new HTC phone or access archived mobile content such as contacts, text messages and call history from a PC browser. People can also customize their phones with exclusive HTC content like wallpapers, HTC scenes, sounds or plug-ins.

OpenFeint Is Now Available On Android; 20 Games Are On The Way