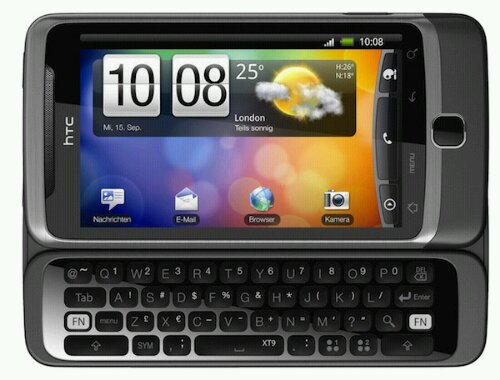 In a move only a smart manufacturer could make, HTC has just brought the G2 to European shores, via the Desire Z. Frankly, it's identical to its US cousin, only, you know... in Europe and with an updated version of HTC's Sense UI. In fact, it features the same 800MHz processor, "Z-hinge" slider mechanism, and aluminum body. We're as excited as you.

HTC also announced the Desire HD, which does to the EVO 4G what the Desire Z did to the G2: bring it to European shores, only this time with several styling differences, notably an aluminum body and an HTC logo that lives at the bottom of the device rather than the top. See for yourself in the image below. 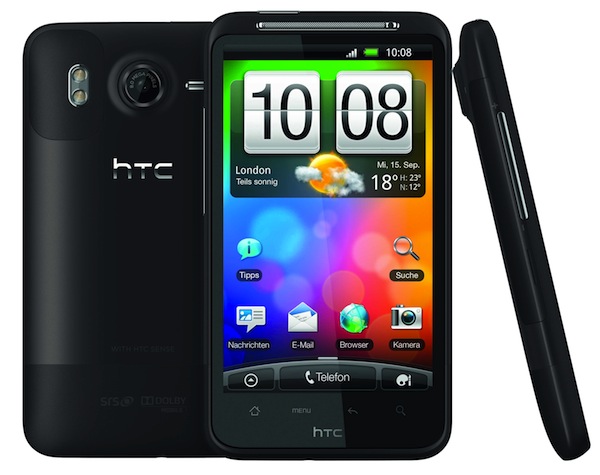 Update: Thanks for the comments, people! In light of more knowledge about the two phones mentioned in this article becoming available, I must note that the Desire Z's keyboard has been modified slightly from the G2's: it replaces the www/.com key with a dedicated "Tab" key and does the same to the macro button, which is now a dedicated symbol key. Additionally, the Desire HD features a new Snapdragon processor, model 8255, which is apparently manufactured using a 45nm process rather than a 65nm variant. This should translate to improved battery life. Meanwhile, the HD's GPU has also been changed from the EVO 4G: it is now of the Adreno 205 family, which is said to provide drastically improved graphics performance, as if my EVO wasn't already jealous enough of that sexy aluminum body. Anyhow, these are two sweet phones that we look forward to checking out!
subscribe