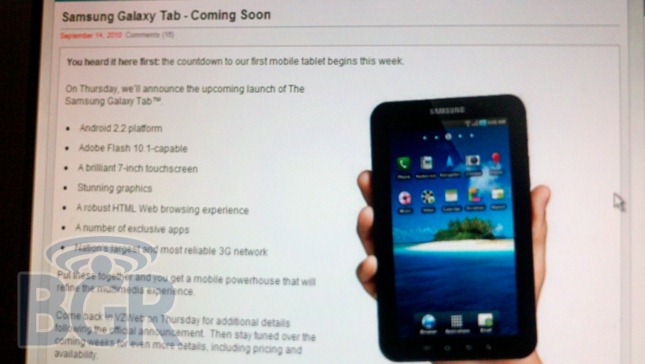 Well it isn't exactly unexpected, but the Boy Genius Report claims to have multiple sources inside Verizon Wireless who not only sent them the above image, but also were able to confirm that Samsung will announce more about this particular 7-inch tablet at its September 16 media event.

Additionally, Engadget decided to join the internal screenshot party and provide an image of their own, which is essentially the same, only a lot sharper and inserted below. 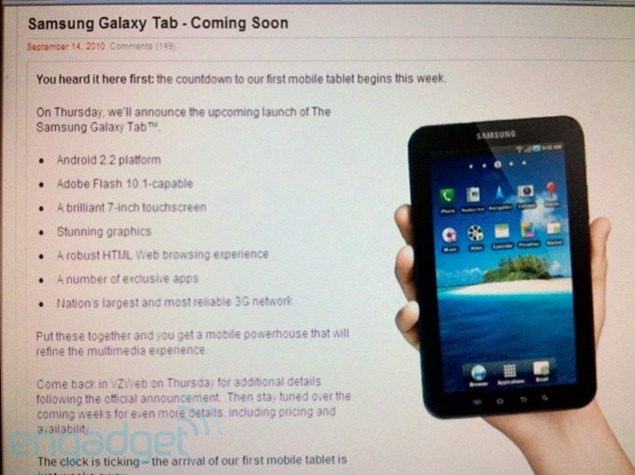