Back in April, LG unleashed the LG Optimus, claiming that it offers "Optimal performance for first-time smartphone users". What this means, essentially, is that the Optimus is on the lower-end of the smartphone market. Its software is engineered to be easy to use and the hardware is affordable. Well, now it has some new friends: The Optimus One and the Optimus Chic. The official announcement is set at 10am in Seoul and, while we don't know too much just yet, these devices do look promising, especially for the lower-end market. 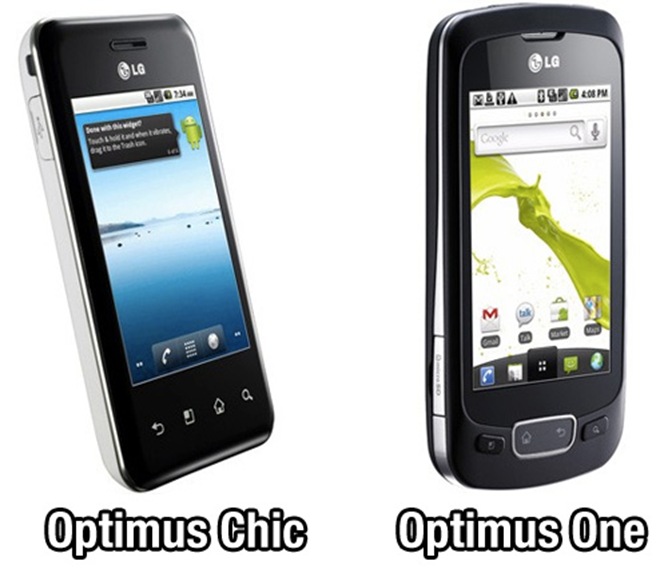 Really, we’ve only been able to nail down specs for the Optimus Chic:

As for the Optimus One, the specs are assumed to be lower. Word on the street is that the camera has been bumped down to 3.2 MP, but we don't really know for sure. Everything just seems to be rumors or conflicting information about the One. We'll find out soon enough, though.