I am live here at the AppNation conference in San Francisco, and after San Francisco mayor Gavin Newsom's welcome speech, in which he tried to get a bunch of developers to make apps for the government for free (yeah, riiight), we are looking at a mobile report from Nielsen, called The State Of Mobile Apps.

Nielsen, one of the largest media research companies in the world, compiled a report containing a few interesting metrics, such as:

You can download and read the full report below, but before you do that, I wanted to highlight one metric that I found the most interesting. Figure 9 below shows a breakdown per mobile OS of people who clicked on an advertisement within an app. Android is leading the pack at 33%, followed by Windows Mobile at 29% and only then iOS at 26%. 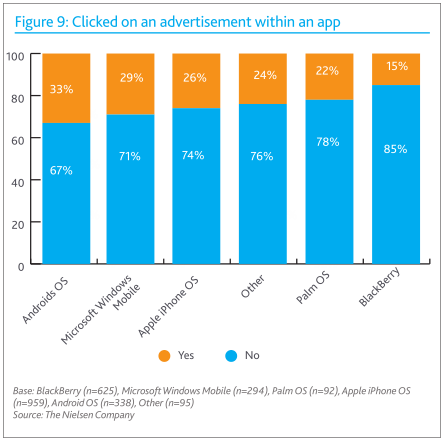 If you know any developers who are still in doubt whether Android is a viable platform for making money, have them take a look at these stats. Can't say I'm too surprised, considering how many apps already chose the freemium revenue model on Android instead of going strictly premium. 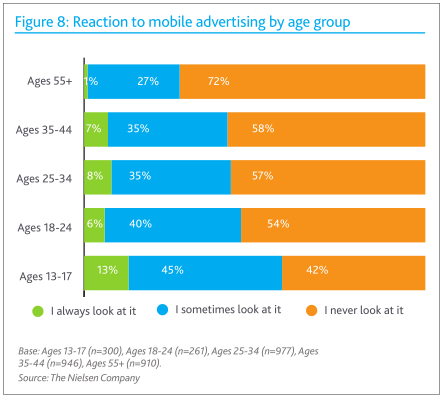 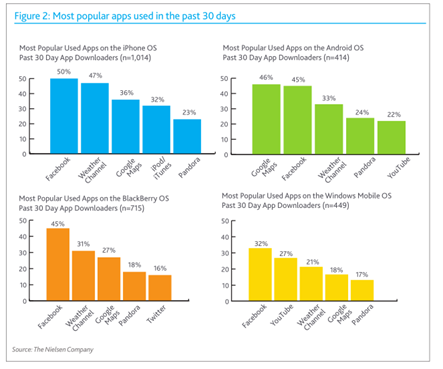 Join the discussion over at DroidForums.net.