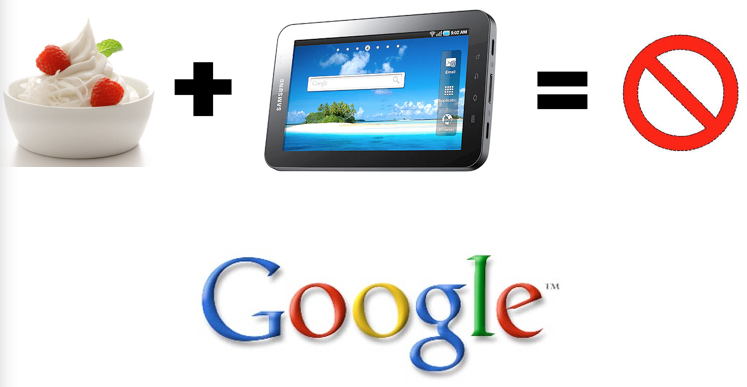 One of the many great things about Android is how open it is: just about anyone can put it on just about anything (except for the Android Market and Google's suite of proprietary apps (ie, Gmail, Google Talk, etc), which are not officially part of Android and are therefore not open). However, that doesn't always mean the end user is going to receive a great experience; quite the contrary, if you ask Google's Hugo Barra.

In a recent interview with Tech Radar, the Director of Products for Mobile at Google stated that "FroYo is not optimized for tablets" and that the Market is "not going to be available on devices that don't allow applications to run correctly," aka tablets. Interesting, especially since the journalists who had a chance to play with the Galaxy Tab at IFA 2010 said that apps scaled up well.

Of course, Google isn't just stating a problem; they're planning to fix it, as Mr. Barra went on to confirm that Google is working to "ensure our users have the right experience." Gingerbread, anyone?