Admittedly, posting news on a comparatively lame Android phone is somewhat out of character for us; even more so, nerding out over the hardware of yesteryear. That said, there's a lot of value to be found among the masses in cheap, capable goods such as the upcoming Huawei IDEOS, a 2.8" Android 2.2 phone. The kicker? Rumor pegs the price at less than $200 - conceivably low enough to be used for prepaid plans. 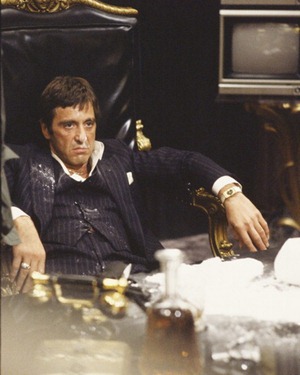 We didn't see the tech specs anywhere, so we pinged Huawei for additional details. They aren't necessarily mind-blowing, but again, for less than $200, what do you expect?

On paper, then, the phone appears to be a solid piece of hardware. If that carries over into reality, Huawei could have a mass-market winner on their hands. The most likely scenario that comes to mind is one we've heard about recently: that T-Mobile wants the IDEOS. A phone that's cheap even at full price would be perfect for their Even More Plus plans, which are significantly cheaper month-to-month, but don't provide a phone subsidy.

At Berlin, Huawei also revealed that Google played a significant part in designing the IDEOS. Apparently, part of the reason for that was to make sure the IDEOS would get Android updates in a timely manner, a-la Nexus One. This conflicts somewhat with what we've heard about Gingerbread (granted, everything about Gingerbread thus far has been based on rumors): the last I'd heard, Google was raising the minimum specs for the update. (For the record, HTC also told us that their other Eclair-running Android phones (the U8500 and U8300) had no plans for an update to Froyo.)

There are a few additional details in the image below. Hit up the Engadget source link for their hands-on with the phone. 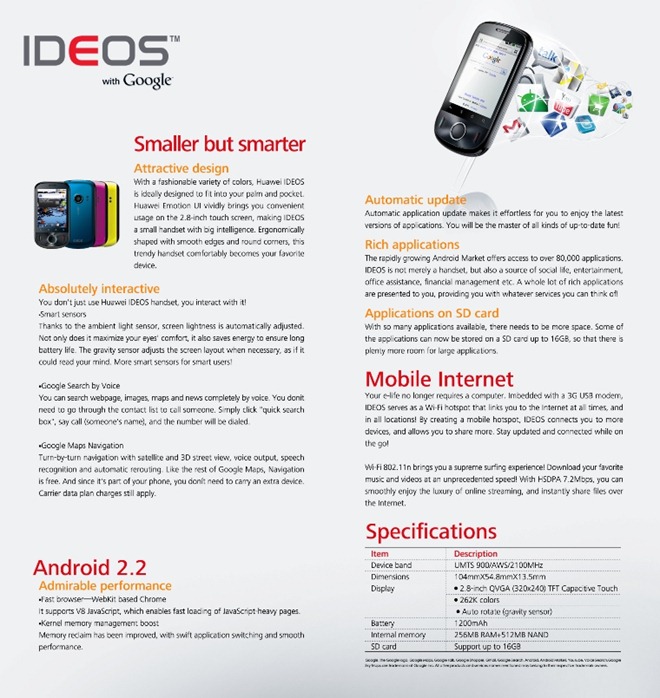 Google Voice Widgets Break Out Of G2's Deathgrip, Now Available In The Market

Google Teaches Us To "Walk This Way" With Google Maps 4.5