As we all know, Samsung is very adamant about its famed Galaxy S's older brother, the Galaxy Tab. We're getting more details about it as days go by, but so far it appears that Samsung is planning on selling it exclusively through wireless carriers and has already secured several deals with Europe carriers.

What is very interesting is this quote they made in an article by the Wall Street Journal:

Mr. Yoon [Samsung's Product Executive] said Samsung expects to ship 10 million Galaxy Tabs and take a third of the global tablet market next year. Samsung is exploring the possibility of a tablet with a 10-inch or six-inch screen, and Mr. Yoon said the company plans eventually to introduce a family of Galaxy Tab devices. 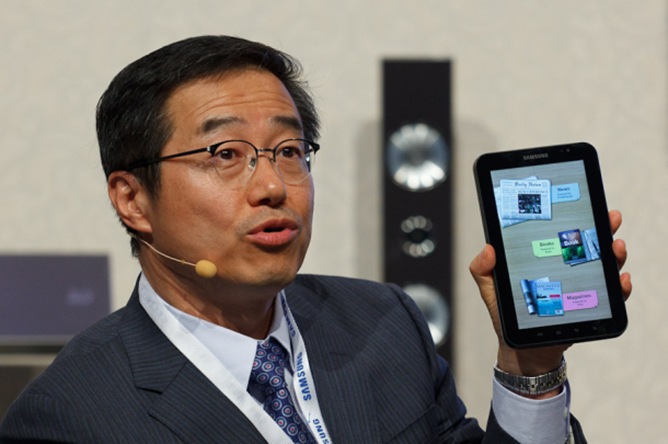 I, personally, find this quote very intriguing because, as of right now, the tablet market is very close to nonexistent. There are precious few tablets out in the world right now and, as far as Android goes, nothing serious enough to rival the iPad. There are, however, some seriously robosexy Android tablets in the pipe for later this year and moving into next year. I have a feeling soon the tablet market is going to be as big and important as the smartphone market and admire Samsung's ambition, but that figure seems like it may be just a bit overly optimistic.

What do you think? Is Samsung too ambitious? Can Android tablets really challenge a machine as well oiled and fine tuned as the iPad? The comments are open.

Froyo ROM Leaks Out For the Acer Liquid