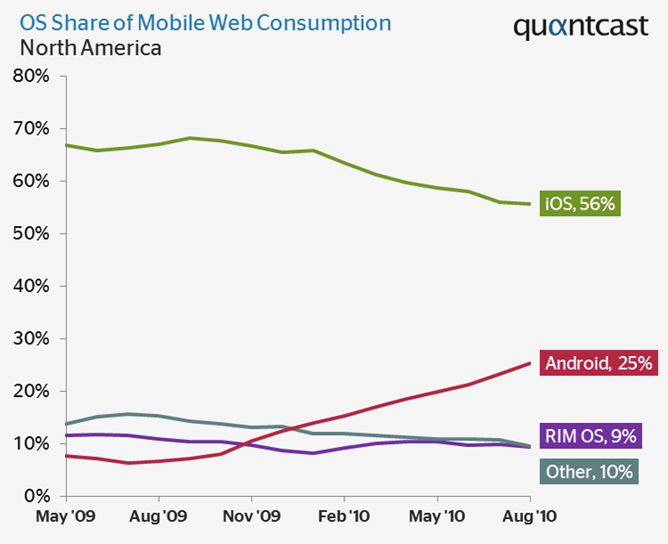 There are several things we can take away from this information, the number one being that Android is definitely stepping its game. In the past year, the number of mobile internet users toting Android devices has increased by 18.6%, bringing Android's consumption share to an impressive 25%.

Blackberries, iPhones, and dumbphones all decreased in popularity for mobile internet usage. This can most likely be attributed to the explosion of well made and affordable Android handsets that have been released in the past year. People appear to be trading in their feature-phones for Android devices that can actually make full use of the internet.

In addition to that, it appears a significant number of iPhone users have figured out how to make good decisions. This is great news for Android and Google. They are clearly poised for a win in the mobile industry. I don't think it will be too long before we see feature-phones disappear entirely and the iPhone lose its rank as king of mobile devices.

Place your bets now folks, the race is just starting.