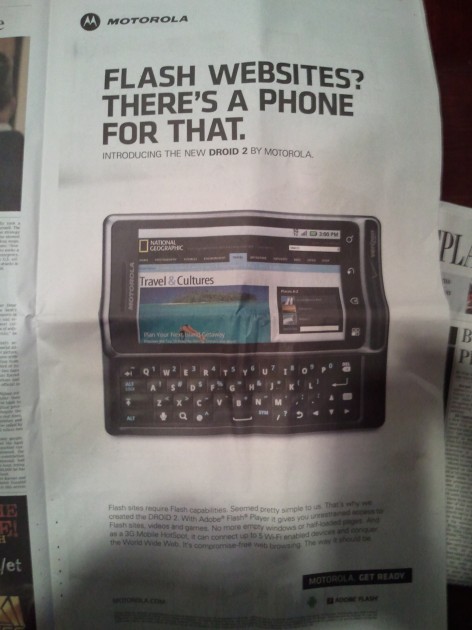 As the above newspaper ad shows, it turns out more people than just us Android nerds care about Adobe Flash (or at least, that's what Motorola would like us to believe). Personally, we're just happy our FroYo-loaded phones allow us to spend all day watching South Park without even leaving our couches.

[App Review] Keep Tabs On Woot and Woot-Offs With WootWatcher