One of the more popular tip-tap software keyboards got a nice little upgrade today. SwiftKey, an aftermarket keyboard that uses intelligent statistical methods as well as scanning of your SMS inbox to predict the most likely next word, now has support for multitouch typing. As seen previously on the Droid X’s keyboard, this greatly enhances possible typing speeds… unless you have one of HTC’s infamously erroneous older touchscreen panels, that is. 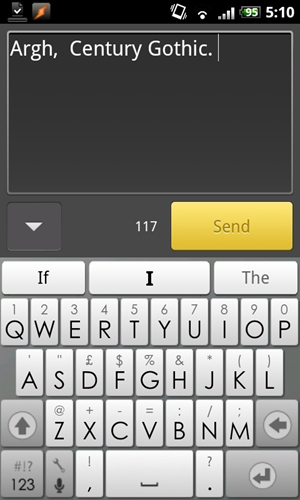 What, DroidSans not good enough for you?

Moving on with a more positive spin, SwiftKey claims to have nixed many bugs, as well as reducing or eliminating the lag that was plaguing some users. Having tried it on my Nexus One I can say that the response of the keyboard was indeed quite rapid, but the layout felt cramped, and I got some disturbingly random word predictions. With that said, SwiftKey did learn quickly from my gentle chiding (NO, I said HTC, not BYFLEET), and voice recognition worked reasonably well.

Note from Artem: The last Swiftkey update that introduced voice recognition in the first place was broken for many users - it output "##" every time you tried to say something. Glad to see this is finally working right.

The following features have been added in the latest SwiftKey Beta release for Android smartphones:

The following bugs were fixed:

SwiftKey Beta is available as a free download on the Android Market. 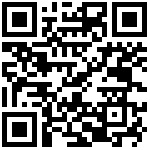