Bad news first, though: the tablet runs Android 1.6. The reason for this lies in the CPU used, but that doesn't make shipping a tablet with an OS that's over a year old suck any less. Also bad news: Engadget was rather unimpressed with the screen:

We weren't impressed with the quality of the display, or with the pixel density, but at least the capacitive touch seemed to be working fine...

On the plus side, the specs (on paper, anyway) seem to separate this from the slew of budget tablets we've seen lately; namely, it has a 1024x600 capacitive display. 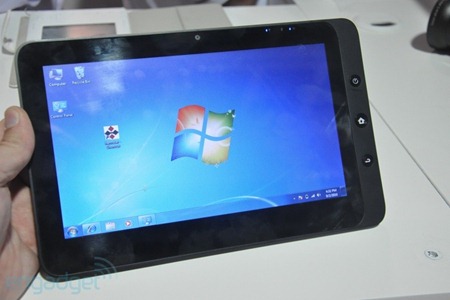 The CPU falls under both categories. On the plus side, it's an Intel Atom N455 - which means it's a double-threaded x86 CPU running at 1.66 GHz. On the downside, it's an x86 CPU - which means limited Android support. To put things incredibly simply, Android wasn't built to run on x86, so support needs to be added in. At the moment, the latest version of Android that supports x86 is Donut - or Android 1.6.

Be sure to hit up the read link below to get all of Engadget's thoughts on the tablet. 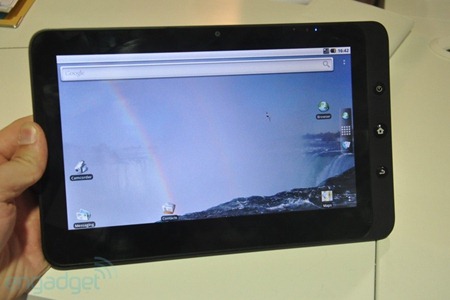