Yesterday, Samsung sent out invites for a media launch event happening in NYC on September 16th. 2 announcements are planned:

Android Police gratefully accepted the invitation and picked me to cover it, so expect a post-game report to float on the site sometime after the event concludes. 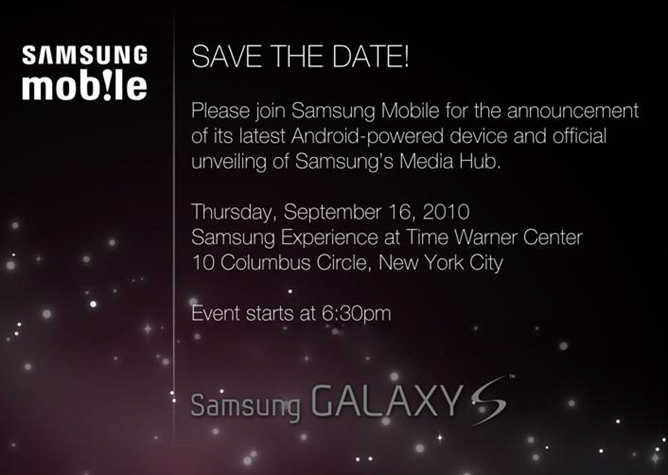 While we do not yet know for certain what this new "Android-powered device" will be, the invitation does include the "Galaxy S" brand logo. Speculation is abound that the device being announced will be the hotly anticipated Galaxy Tab, the 7" Android-powered tablet device. The tablet is due to be unveiled on September 2nd at IFA Berlin 2010, an international radio exhibition held annually in Germany.

It is possible that Samsung may be waiting until September 16th to announce the Tab in the United States, including all the final details regarding mobile carrier partnerships.

Verizon Wireless is reportedly already onboard, but considering the Galaxy S series spans pretty much every major carrier out there, Samsung may just reveal another trump card. Either way, we will be live tweeting the interesting bits and reporting all the details in right after.

Back To School With Android: The Budget Phones And Awesome Apps That Will Help You Get Through ...