We still have no official word on when Verizon will be launching the Samsung Fascinate, and with the not-so-reliable track record of rumors and speculation in the Android community, we're not looking to hazard a guess.

Still, it's nice to know things are moving along: a Phandroid tipster says that Verizon warehouses are starting to receive shipments of the device. On the downside, while the Fascinate is in the Verizon system, it hasn't made its way into their equipment guide. 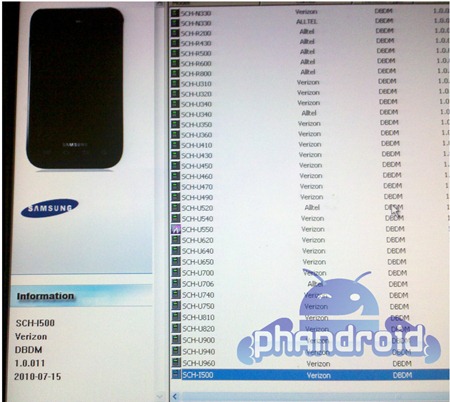 Phandroid ventures the guess that it will be launching sometime in September, based on the (admittedly convincing) argument that there are no other Android devices launching in the month, other than the R2-D2 Droid 2. On the flip side, earlier reports (based on leaks) suggested the Fascinate wouldn't launch until October. Who knows?

Professionals Use Smartphones Even When They're At Home, Taking The Browns To The Super Bowl