Prev
Posts in the last
24 Hours
sorted by
Hottest
Next
[Update @ 1:10 PM EST by Aaron] Looks like the update is rolling out starting tomorrow. Nice! 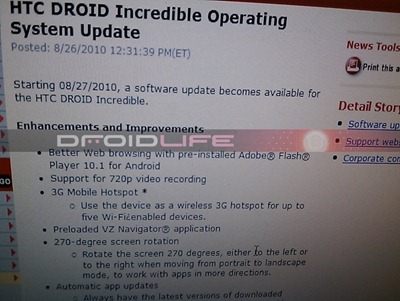 Despite the fact that FroYo for the Droid Incredible's big brother - Sprint's  EVO 4G - was officially released a few weeks ago, the Incredible itself has yet to receive the update. 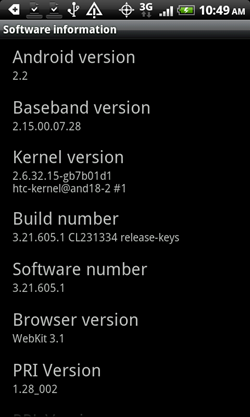 We still don't have an official release date (although there are countless rumors floating around), but we may now be one step closer: a new FroYo ROM for the Incredible has been released. It isn't clear whether this is a leaked version of the update that will (hopefully) be rolling out over the air soon, or if this is just something put together based on another device's update. Either way, it would be hard to complain about having the opportunity to get FroYo on your phone before Verizon is officially ready.

Verizon Begins Rollout Of Flash To The Original Droid