Over 2 months after the HTC EVO 4G became available to Sprint customers nationwide, HTC has finally made available its official EVO 4G "car upgrade kit." What does it include? When you open the box, you'll find the actual phone "dock" which uses the EVO's micro-USB port to provide power to the phone, as well as the windshield-mountable platform/base. You'll probably also find a lengthy warranty and instruction document of some sort (sorry if we spoiled the surprise). 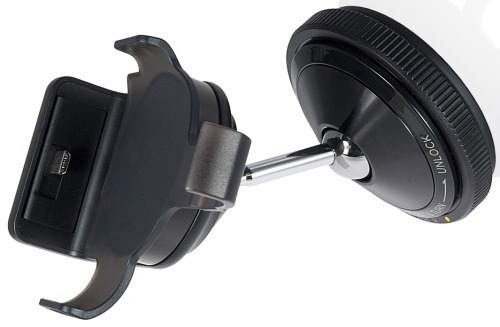 Take note, no car charger or USB cable is included with this "kit" - they must be purchased separately. There are some additional issues to weigh before you purchase the car dock as well:

Given these issues, this may be the most disappointing "Car Upgrade Kit" ever released. Still, it holds your phone and (if you buy a charger) charges it while you're on the road. Something to be said for that I suppose.

Motorola Charm Now Available On T-Mobile: $0 On Wirefly With New Contract, $50 On Upgrade