Those pregnant men, they always seem to land all the good gadgets. Our mystery leaker confirms some previously-rumored specs while sprinkling in some commentary. For example, the Tab is apparently quite thick - more so than the G1 or the Streak. He drops some thoughts on the body, but Goog's translation is too confusing - though it's pretty clear he's impressed with how light the thing is. The only notably physical change between the first time we spotted it and now is the buttons at the bottom - while it initially had a three-button design to match the Fascinate, it's changed to the more common four-button layout. 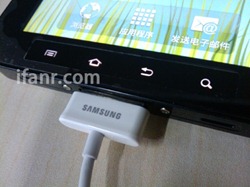 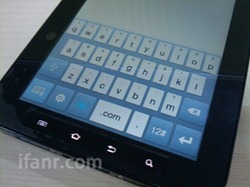 At 1024 x 600, the diplay isn't mind-blowing, but it doesn't seem to leave him wanting more, either. As far as software goes, the most notable addition is an e-book app that he claims trumps the iPad's iBook app. He also confirms a few rumored specs: 3.2 MP camera and support for 3G. Interesting side-note: the charger looks nearly identical to an iPod charger. Perhaps most importantly though, it looks like it will ship with Froyo (Android 2.2) on board. 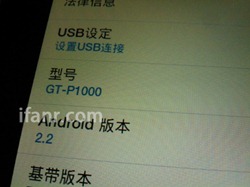 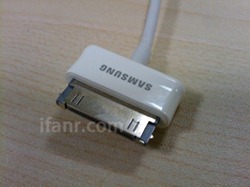 Full Google-translated comments (worth a few giggles, if nothing else):

1 because it is the relationship between engineering prototype, the thickness is too large, thicker than the G1, before the used DELL Streak stage are enormous differences in the thickness contrast Streak, Samsung flat panel as if it bricks, 7-inch screen, the width of appropriate My hands just can easily hold, unlike iPad as the primary control of language, I have to feel lost. Reading the words refer to the Internet in this, haha, in fact, thought the font looked comfortable transferred to their size on the line, 1024 * 600 display the contents of the richness is enough satisfactory.

2, very serious plastic feel, in fact it is well known, and Samsung products, take up is floating, not MOTO, but the benefits of holding hands is not acid, compared to a slight point iPad that heavy feeling Samsung flat-panel is weightless. Material certainly can not iPad ratio difference was not the slightest bit, it did not grade the feeling, even the screen is a bit like a plastic feel. But certainly, certainly not so bad a formal listing. As for life, did not notice, usually are followed by USB cable. Prices, which I do not know, huh, huh ~)

3, go to Google technology is very obvious, but one of the software quite surprise me, the name is monotonous, which is "e-book", but with so much like the iBook, I used the Android is the best reader. 320 megapixel camera, support for 3G. The weight of this piece, lacks feeling, the true size of the book with almost the same. Automatic Identification on ifanr into Mobile Mode (although I do not know what the lack of control, the title is hidden, it took Zhang bottom of the page image, lack of drive, not a screenshot, can only be shot with the ~)

4, due to special reasons, the body can not be beat. 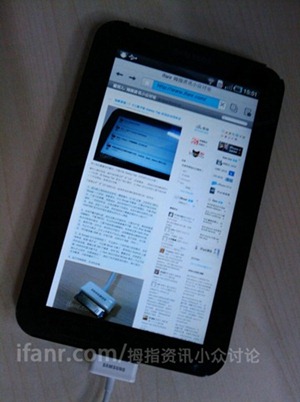 Ubuntu Fans, This Theme Is For You: Download Ubuntu Theme For ADW Launcher