One of the most vaunted features of webOS was its decidedly pretty multitasking interface. Users could invoke an overlay of thumbnail “cards” of their running applications and switch to or close them.

Fresh onto the Android Marketplace is Visual Task Switcher. Continuing on from some progress made earlier this year (although probably not using the same method), this application grants you thumbnail application switching. While not as polished as Palm’s version, this is an encouraging step towards that alluring goal. 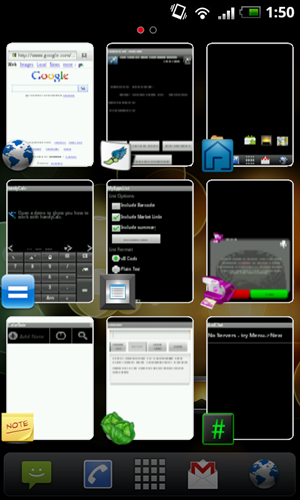 Users can switch to a running application by tapping the thumbnail, or kill it by long-pressing.

Visual Task Switcher allows multiple pages of grid thumbnails which can be scrolled through by swiping. Users can also close running applications by long-pressing on the corresponding images and tapping Force Stop. There are currently no settings to speak of; just choose your application or close the switcher. Some users have reported problems with it not recognizing custom launchers, but ADW is working fine on my own setup.

The application was only released yesterday, so there is obviously plenty of room for improvement, but it's good to see Android gaining some tricks from its prettier siblings.

Oh, the bad news? It ain’t free. $1.99 for the ad-free version. Since VTS doesn’t have any screens besides the switcher page to speak of, the ads are right in there with your thumbnails. Perhaps once it gets a settings screen, the adverts will be transferred to there instead… one can hope.

You can download Visual Task Switcher for Free (Ads) with the QR code below: 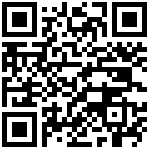 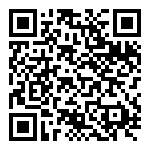 Have another app-switcher that you prefer? Drop a comment below.