Modder’s Monday is a weekly column about rooting, hacking, and other forms of modifying Android written by Jaroslav Stekl, a man who spends his days coding, hacking, hiking, and of course, writing for Android Police.

One of the many things that I love about Android, especially after spending several years with an iPhone, is how customizable it is - right out of the box. You can change your keyboard, tweak the status bar to make it work any way you like, change apps’ icons, and even install home replacements that alter how your homescreen works. The best part about all this? No hacking, rooting, or other form of voiding your warranty is required. In fact, all that is needed is a trip to the Android Market and a careful read through this edition of Modder’s Monday.

One would think that replacing the way you interact with your phone after a press of the home button would require intense hacking, but alas, a simple download from the Market will do.

For starters, I’d recommend ADW.Launcher since it’s completely free, requires very little technical know-how, and works with a wide variety of themes. No, it doesn’t introduce any mind-blowing new features, but who could resist theming out their Android device in such hilarious ways as the ADW iDroid theme: 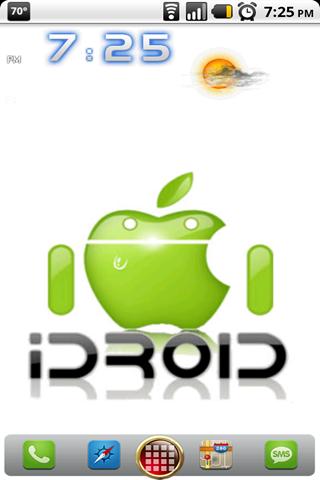 or perhaps you're more into summer blockbusters: 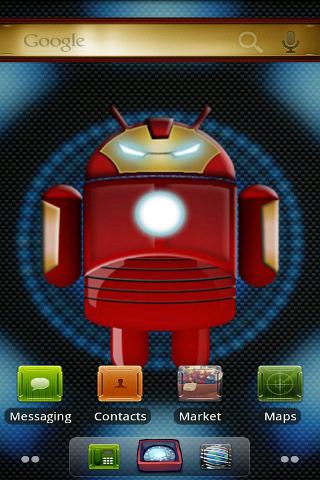 You get the point. ADW.Launcher is the way to go if you’re into totally theming out your device.

So what about widgets? Launcher Pro is the way to go. Although you can’t install add-ons like you can for ADW.Launcher, you can add up to seven homescreens (and you can delete them, too, if you want), have a dock with up to fifteen icons (you swipe left and right to switch between rows of them), and of course, carbon copies of the People, Bookmarks, Calendar, and Messaging widgets from HTC’s Sense UI (all of which are gorgeous, even if Federico Carnales, the developer, put very little work into them).

Of course, ADW.Launcher and Launcher Pro aren’t the only home replacements out there, even if they are the most popular ones. Let’s check out some others:

Ubuntu Fans, This Theme Is For You: Download Ubuntu Theme For ADW Launcher