Ok, so this is technically “so last month” too - it’s from July 30, and we just happened to miss it the first time around. Luckily for us, good ole’ ChiefzReloaded tweeted (or retweeted?) some pictures of CM6 running on the HD2. After doing a little poking around, I found that there’s a pretty solid build out there - it’s even CM6 RC1. As a result, nearly everything works on the device: GPS, camera (with flash), torch (for the camera LED), Adobe Flash, and so on. Nice. 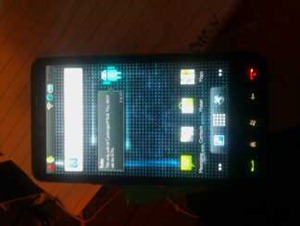 At 15 steps, installation is far from simple - but it’s pretty comparable to manual rooting/ROMing on Android. Evidently, user/dev dusty_nz didn’t come up with the ROM, but figured out how to get the build as a whole working pretty close to properly.

Cyanogen Mod RC1 - Leo build by Zego WITH ADOBE FLASH and 3G WORKING
There is a new nice build called CM6-HTCLEO (Cyanogen Mod RC1 - Zeto)
It needs a lot of prep work to get to good working order, then its really good.
I have also managed to get adobe flash working. (It doesn't work out of the box)

(after all the steps) have gps, camera (with proper flash exposure), camcorder, camera flash/led/torch, adobe flash, nice look and most other goodies available.

Here are the steps

6) Extract the cm6-htcleo_keypadfix.7z file and put the FOLDER NAMED root UNDER cm6-htcleo folder in your sd card. (Not to sd card root folder. I really mean a folder named root. You will see it in the archive)

10) Run clrcad and haret as usual but from cm6-htcleo folder. Once Android has booted start terminal app.

11) write
su
and press enter. It will ask for superuser permission. Tap allow.

12) write
mount -o rw,remount /system
and press enter. You should not get any response or error.

14) Power off your phone in a normal way and reboot to Android CM6.

Notes:
-FIRST BOOT WILL TAKE A LOT OF TIME! BE PATIENT. IT WILL TAKE A LOT LONGER THAN YOUR USUAL BUILDS.
-ADOBE FLASH does not work out of the box. You have to reinstall it but since it was cooked in to the rom as system app and you can't uninstall it, you need to mount /system directory read/write and delete flash so you can install it again. This time it works properly.
-You may not be able to boot if you do not edit the startup.txt
-You may not be able to wake up if you do not replace the zimage with the older 23 july one. You can use 25 july panel on off zimage if you CAN wake up from sleep. It depends on hd2 lcd panel type which is more than one.

Optional: Install Launcher Pro and make it default home screen to get a smoother experience.

After ALL these operations, this seems like the most functional build.

Cyanogen is normally a mod for android and someone named zego turned it into a hd2/leo build. A lot of stuff was missing and there was no central infromation. That was what I did. You don't need to read 6 pages to get this build working this good now.

I don't have time to package all this stuff into a build. Maybe someone who does above steps can package it in a new single file and put to megaupload/mediafire (mskip/Mark?) For now you have to do it yourself. You will like the end result.

Packagers please don't call yourselves devs and give credit to original hard working people. Donation is also recommended.
I am sorry if I forgot to give credit to anyone.

I got all this information by reading all the pages of this thread and some more. Now you don't have to.

Based on the rest of the thread, it looks like some people are having issues with the SD Cards - namely, not being recognized in Android. Also, scrolling speed seems to be slow, and the system as a whole just isn’t quite as quick and responsive as it is on a native Android device. 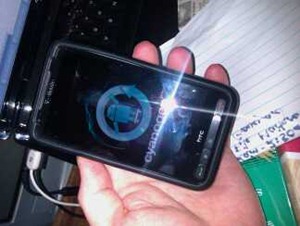 It looks like they’re working on porting the RC3 build, which could bring a ton of improvements. Also, Chiefz tweeted that he’s “working on Slide2HD2 and DroidX2HD2 right now...” I’m not really sure what that means, but it could mean he’s working on an HD2 build as well.

AppBrain Rolls Out New Ways To Search, Filter, And Discover Your Next Favorite Apps In The ...