If you can’t wait any longer for a quality Android tablet, this may come as a bit of bad news. Both Acer and Motorola are planning to delay the release of their respective Android tablets until the release of Android 3.0, which is expected to feature support for higher-resolution screens.

Acer’s tablet may be pushed back until the first quarter of 2011, which could put a damper on previous rumors that Gingerbread would be released some time before the end of the year. Motorola’s tablet, on the other hand, may see Gingerbread much earlier, as Google is working directly with Motorola to get Android 3.0 working on their 10.1” device (which could be the rumored “Stingray” tablet headed to Verizon). Verizon’s roadmap lists a mid-November release, while Digitimes sources say that the tablet will see mass production by the end of the year.

This is pure speculation on my part, but it’s not hard to imagine this Motorola tablet being the first device (or, at the very least, first tablet) to launch with Android 3.0, just as Google worked with Motorola before to launch Android 2.0 on the original Droid. 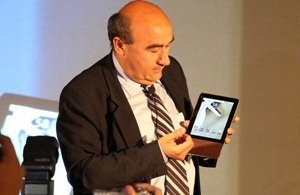