After the huge success of the original Droid, the Droid 2 was one of the most hotly anticipated (and most leaked) handsets ever. So, we’ve decided to compile some reviews of the device to help you decide if it’s worth upgrading to the Droid’s sequel. A few minor complaints aside, the general consensus is that this is indeed a worthy successor to the most popular Android phone yet. 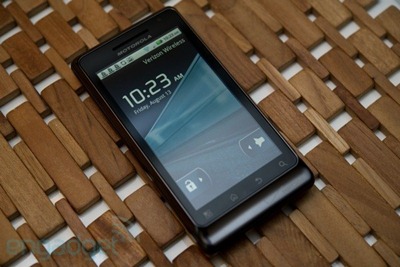 Chris Ziegler was impressed by the Droid 2’s improvements over its predecessor, but still recommends the Droid X or Droid Incredible unless a physical keyboard is a must for you.

There's no question that the Droid 1 was entering its twilight years, especially in the aftermath of the Droid X's release; Motorola and Verizon knew they needed to bring the old model up to spec if they wanted to keep a quality physical QWERTY Android device on the shelves. The problem is that in doing so, they've killed off one of the Droid's most endearing features -- the fact that it ran stock Android -- and have failed to make any improvements compelling enough to warrant an upgrade. In other words, Droid owners, don't feel bad that your phone has been replaced here; in fact, we're pretty sure we'd rather have a Froyo-equipped Droid over a Droid 2, especially since the 2's new processor fails to translate into huge performance gains that you can feel in your day-to-day usage.

If you're just looking for the baddest-ass Android phone on Verizon that money can buy, we'd recommend a Droid X or Droid Incredible any day over this, especially since all three are the same price -- unless you're hell-bent on going with a physical keyboard, of course. Both of those other handsets offer superior cameras, a better UI (in the case of the Incredible), and a better display (in the case of the X). 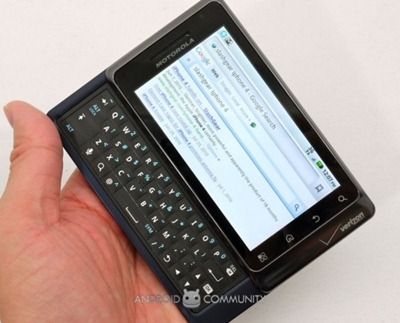 SlashGear hasn’t put up their full review, but their first impressions are that the Droid 2’s keyboard is a huge improvement, while everything that made the original Droid great is still present.

Aesthetically there’s not a huge amount different between the DROID and the DROID 2, at least assuming you don’t opt for the limited edition R2-D2 version that will go on sale next month. The sharp edges and distinctive black and gold color scheme has been softened a little, with a metallic blue finish, but the solid slide-action is still present. Best, though, is the revamped QWERTY keyboard the slide reveals: gone is the oversized D-pad, which left the keys uncomfortably, offset to the left. Instead the direction arrows are neatly integrated into the overall layout, and the buttons themselves are slightly raised and far more tactile. For a handset with a physical ‘board, the original DROID could actually be a frustrating typing experience; happily this second-gen version rectifies that. 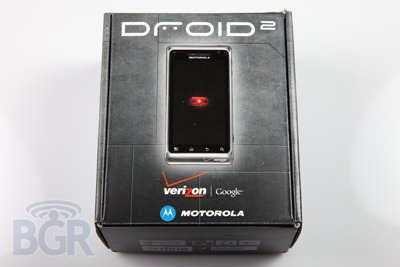 While Boy Genius Report thought the Droid 2 was a great device, they had hoped that Motorola could have done more to improve on the Droid.

Seth Weintraub was thoroughly impressed with the Droid 2, despite him calling it less of a new phone and more of an update.

Motorola (MOT) didn't have a launch party for the Droid 2  like the one they threw for the Droid X, mostly because it really isn't a huge update. There was no fanfare, no lines, and no special guest appearances by Andy Rubin and Adobe  like the Droid X last month.  Maybe Verizon should have called it the Droid 1.1...or maaaybe 1.5.

There isn't much difference between the Droid 2 and the original Droid that debuted last year.  In fact, besides the better keyboard, bluer back and longer lip on the front, you probably won't notice a difference.  But that's not such a bad thing.  The original Droid was (and still is) a damn fine piece of equipment.

So, in essence: the Droid 2 is a nice, powerful phone, and improves on the Droid enough to be its sequel. However, the fact that Motorola did not take too many risks in the design may keep it from becoming the runaway hit the original was.