The Dell Streak may have been available in the UK for over two months now, but it’s taken until now to hit the States. Just in case you forgot, here is a roundup of my thoughts on all the features the phone has to offer if you’re thinking of getting yourself a Streak when it’s released tomorrow.

When you first see the Dell Streak on the shelves, you may be confused as to what it’s trying to be. It’s a bloody big smartphone, with a 5” capactive touch screen display, but it’s not quite large enough, in my opinion, to be called a tablet. Sure, bigger is all the rage right now, with smartphones beginning to reach 4.3” in size, but when making a call with the Streak, it just seems a little too big. On a brighter note, you’re looking at a resolution of 800x480, which works well enough on the device, offering enough screen estate to find your way around the OS and your applications. 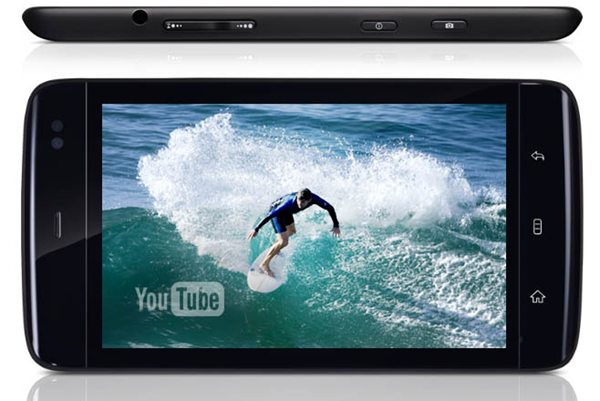 On the right hand side of the screen are three capacitive touch buttons, providing access to your home screen, a menu and allowing you to go back to your last window. When I was first using the Streak, I was slightly concerned about accidentally hitting the buttons whilst holding the device, but it’s never proved a problem so far. There’s a 5 megapixel camera on the back of the phone, and you’ll find a volume control, power button, and physical camera button on the top of the device as you hold it. There’s also a front facing camera, which is sure to come in handy for video calling apps that you can find on the Market.

My biggest gripe with the hardware is the size. Don’t get me wrong, the Streak feels great in your hand when you’re composing a message or browsing the web, but when it’s up against your ear during a call it feels slightly unnatural. I suppose it’s something that most users will get used to, but I’ve never used a phone with a screen above 3.7” in size, so I’m not at all used to it.

Before I begin to comment on the software, I should probably just come out and say that the Dell Streak still runs Android 1.6. However, there is hope, as the Eclair (2.1) version of Android was leaked for the UK version of the Streak today. Thus, although there has been no official announcement, it could be coming to the US version in the near future - though that may just be wishful thinking on my part. Like most Android phones on the market, the Streak uses a custom interface on top of stock Android. It works pretty well here, offering an unobtrusive skin that’s still familiar to people who’ve used an vanilla Android device before. 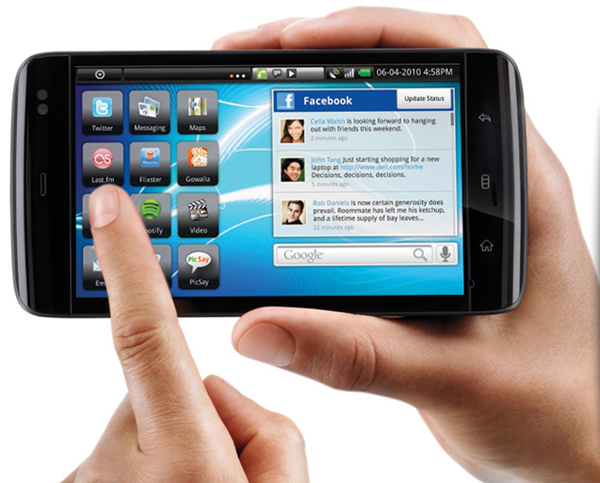 To access the applications on the Streak, you actually have to use the drop down arrow from the taskbar at the top of your screen, and then tap the ‘more’ button to see the rest of your apps. This works great, because you often have a select few apps that you use the most, and can drag them to the top of the list for immediate access without having to look through your entire app drawer. The big screen definitely comes in handy for browsing the web (in landscape mode, anyway), and while using Google Maps. The only complaint I have comes when you’re using the keyboard in landscape mode, as Dell chose to throw a numeric keypad in to the mix for no apparent reason whatsoever. As far as I’m concerned, it makes the experience worse, and is rather pointless on a device like this.

Probably the most useful inclusion in the software department is the inclusion of QuickOffice, as it lets you view Microsoft Office documents, spreadsheets and presentations out of the box. Some of the files that I’ve tested with the application haven’t rendered perfectly, but it’s definitely nice to have in a hurry.

All things considered, Dell make good use of the screen estate on offer with the software, and their customizations to Android aren’t so intrusive that it simply doesn’t look like Android anymore!

The Dell Streak is certainly an interesting device to say the least. Its unique size and design makes it a contender in the market, as it stands out above the rest of the smartphones on the shelves. I’m certainly looking forward to the Android 2.1 (or 2.2?) update which will hopefully come sooner rather than later in the US, too. If you want to grab one for yourself, it’s available through AT&T from $299.99 with a two year contract.

Droid 2 Multi-Touch Keyboard Ported To Incredible And Other Devices