The long-awaited TweetDeck beta (or pre-beta) that we knew was coming this week got leaked online today, after someone very diligent found a direct link to it on TweetDeck's own site. The link is no longer working, but not without a bunch of people grabbing a copy first and uploading it to a multitude of mirror sites.

I had the pleasure of demoing an early version of the software at Google I/O and was highly impressed. I do believe TweetDeck has a very good chance to become the best Social client on Android.

Remember: this is a beta, a pre-beta even, so it will be buggy. However, it'll give you a good idea of what to expect, and hey, maybe it'll actually work out just fine. Why not give it a go?

Update #1: Iain Dodsworth, TweetDeck's CEO, stopped by our comments (he was the first one in really) and let us know that this is a pretty early build and we shouldn't try it.

We'll take our chances though, won't we? However, we'll cut you extra slack in case of force closes, duly noting the age of the build.

I just took a few screens and updated @AndroidPolice's status via the app. It all worked pretty well. Note the columns that you access by swiping right and left, just like in the desktop version. This is a huge win.

I can't figure out how to get back to the Accounts screen. Hrm...

You should not delete columns in this version - it seems like the only way to get them back is to reinstall (Iain wasn't kidding when he said early version).

Also, there is no way to set the update frequency - I hope that makes it into the public beta. I wonder if this uses the new twitter streaming API that I now love so much on my desktop client (I doubt it).

Without a doubt, the public beta will have most, if not all, of these fixed - I don't see TweetDeck release a product this incomplete to the public. Cheers Iain. 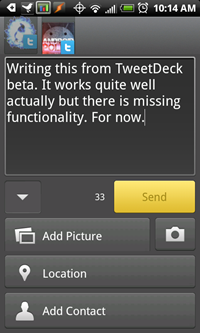 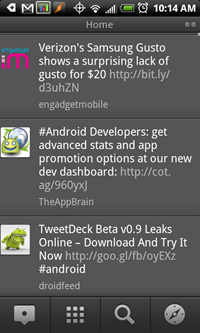 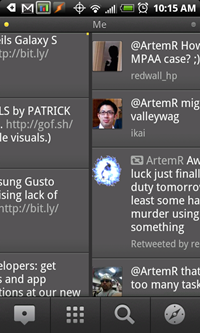 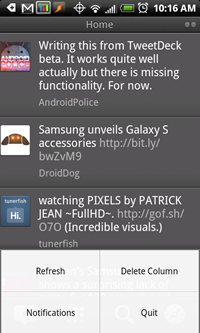 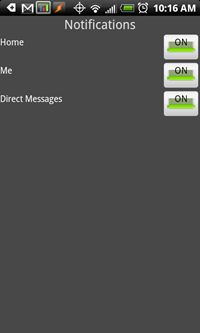 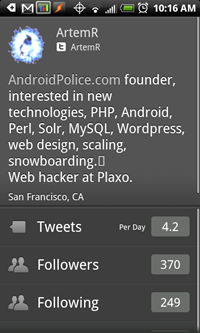 Get it from this mirror we just uploaded or if it stops working, pick from these that we found at gizmofusion.com (they "borrowed" my image I took of Iain's phone at Google I/O, so we're "borrowing" their links):

After you download from one of the mirrors, copy the file to your SD card and install using Astro or a similar file manager.

Note: Don't forget that you need the Settings > Applications > Unknown sources to be checked for this install to go through.

Let us know how it works out for you in the comments (but you already knew to do this, didn't you?) 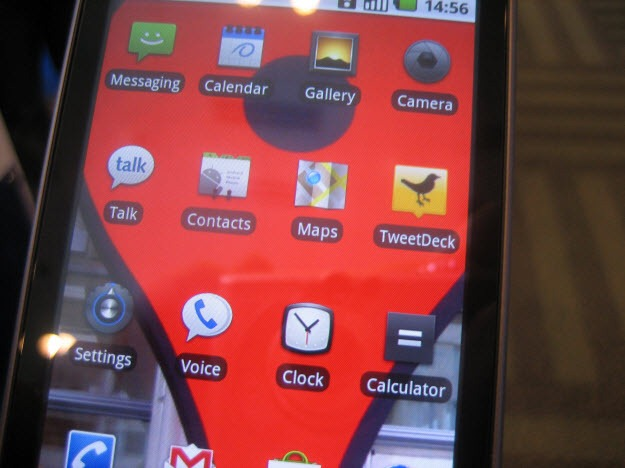