You’ll notice I’ve taken the liberty to highlight a few of the Streak’s unique points, good and bad. The Streak will ship to customers with Android 1.6 on-board, though we know Dell’s work to upgrade it to 2.1 is well underway. Still, given the amount of time the phone has spent on the UK market, Dell’s sluggishness in getting the Streak running Éclair has me wondering if it will ever live to see an official Froyo update. 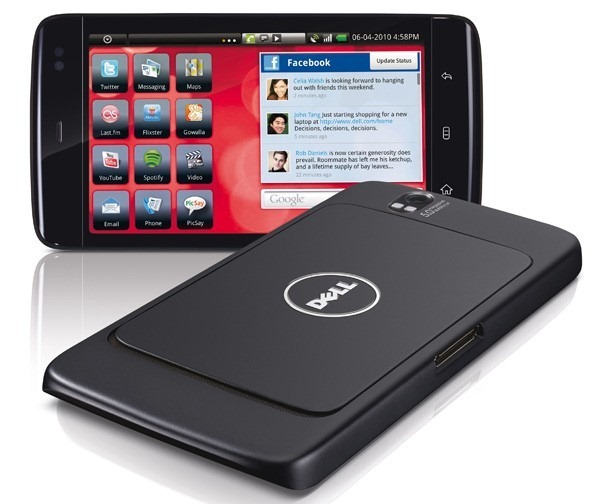 Software aside, the Streak is a reasonably impressive phone – its 5” display is the largest of any Android phone in the US. But the size comes at a price, the Streak weighs in at 220g (about 8 oz), 30% heavier than the HTC EVO 4G.

Its bulk affords it a more robust radio, though. The Streak sports a class 12 GSM/EDGE/HSDPA/HSUPA radio for voice and mobile data; potentially allowing faster uploads on 3G,  as well as (again, potentially) increased download speeds when you’re stuck on EDGE or HSUPA networks.

Planning on getting a StreaK? Think it’ll flop? Weigh in below.