A picture of a Droid 2’s Quadrant benchmark results has been released, and its score is the best stock store to date at 1,458. This is especially impressive considering the phone is apparently straight from the box.

Compared to the Droid X’s score of roughly 1,100, it’s even more impressive. Because both devices sport nearly identical hardware configurations, the difference most likely comes from Froyo - while the Droid 2 runs Android 2.2, the X only runs 2.1. 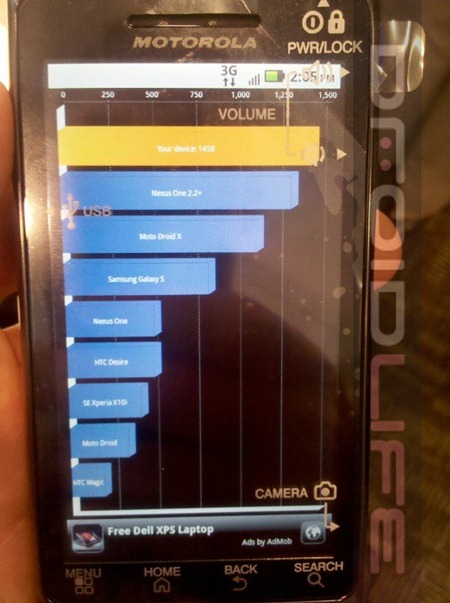 Android Users Have Half As Much Sex As iPhone Owners; Stop Reading This And Go Get Laid