That Richard Lai fella sure gets all the luck, eh? Not only was Engadget’s London-based editor amongst the first to get to play with a Streak (aka Mini 5), Dell’s impressive 5” Android slate device, he’s now gotten an exclusive look at an early build of Eclair 2.1 running on the “tablet-phone”. While the previously unexpected 1.6 to 2.1 update is intended as a stop-gap measure to reduce the pain of waiting for Froyo, Engadget encountered several new features in their time with the new OS. While nothing has changed drastically, Eclair on the Streak has brought a few improvements and niggles of note: 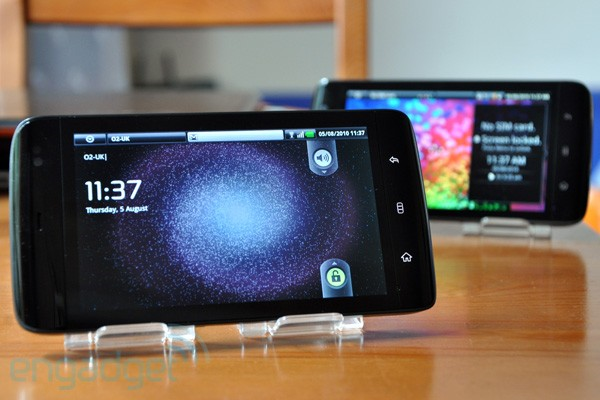 This is a pre-release build so it is quite possible that the look and feel will change somewhat between now and release. Hopefully Dell can get it out quickly (Engadget’s source says early next month for O2 customers). You can check out a video comparison of 2.1 and 1.6 on the Dell Streak, as well as some sample 720P footage at the source link below.

The Dell Streak is available on contract or pre-pay from O2 UK unlocked from Carphone Warehouse or from Dell UK. It will be available in the USA … whenever Dell/AT&T get around to it.
subscribe