Rumor around the interwebs in the last few days has been that Samsung may be planning on announcing the Samsung Galaxy Tab during the August 11th press conference.

Unfortunately, we just got word from the official Samsung PR source saying that the event is unrelated to a tablet release. In fact, it’s completely unrelated to the mobile division altogether and will be related to the Consumer Electronics division. While, one could argue that CE could include a tablet as well, the PR contact specifically mentioned that a tablet is not involved.

While it’s safe to assume that whatever it is will be big (as CrunchGear pointed out, it’s hosted by Tim Baxter, who is the President of Samsung America), it won’t be related to phones or tablets. 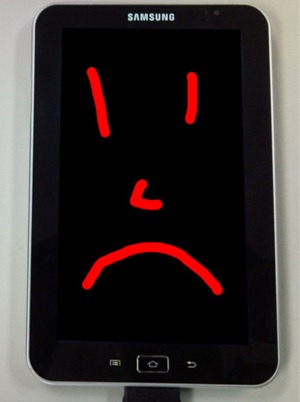 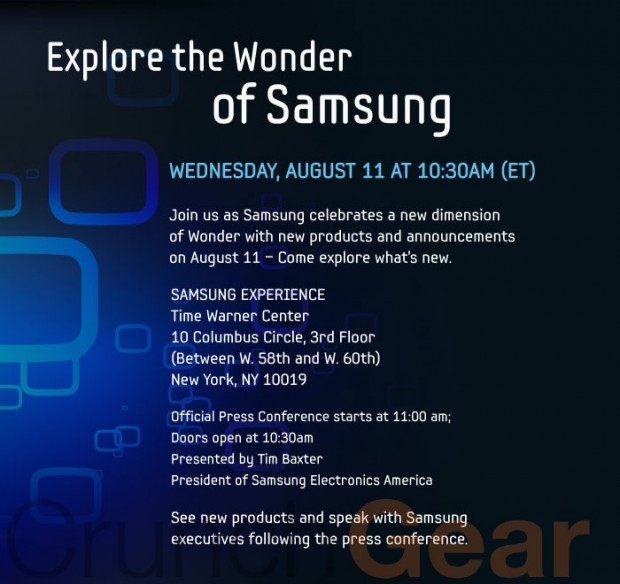