Before Apple's iPhone and Google’s Android OS burst onto the mobile device scene in 2007, there were few significant advances in mobile technology. Frankly, "smartphones" (if we could even call them that at the time) were boring: they did little more than email, general messaging, picture taking, some basic apps and games, rudimentary internet browsing, and enterprise integration.

The biggest players at the time were Microsoft Windows Mobile, RIM's Blackberry, Palm, Symbian, and Linux. They all had their respective place in the mobile world (see chart below). 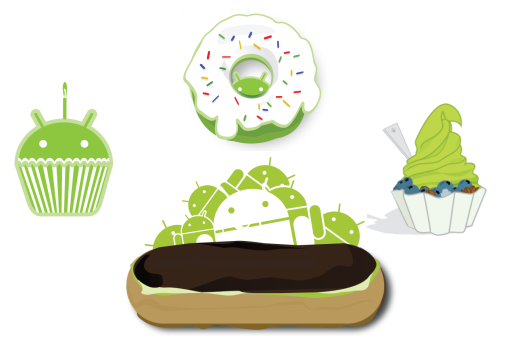 The Status Of Mobile Operating Systems In Late 2006

As far back as 2003, before his entry into the Android foray, Andy Rubin stated in Business Week that “…there was tremendous potential in developing smarter mobile devices that are more aware of its owner's location and preferences.” He went on to say that “…if people are smart, that information starts getting aggregated into consumer products.” It appears that Andy was more correct than he had ever imagined: indeed, the mobile landscape was about to change so dramatically that it would create a frenzy for smartphones the likes of which we had never seen.

In 2005, there were many rumors that Google was exploring ways to expand its reach to device manufacturers with a focus on developing a handset that concentrated on location-based services. Its biggest obstacle was that it did not have a platform from which to accomplish this objective.

To that end, Google acquired Android in July of 2005. Its co-founders, Andy Rubin, Rich Miner, Nick Sears, and Chris White, had created what was known as only a small mobile software development company. However, despite its diminutive size, this acquisition spurred immediate interest amongst those in the mobile technology field and prompted many to suspect that Google was entering the mobile market arena. Their suspicions proved to be correct.

Almost two and a half years later, on November 5, 2007, Google took the mobile device world by storm by announcing their new Linux-based mobile handset operating system named Android. Not only did they introduce an entirely new mobile OS, they also announced that it was open-source.

This was a direct result of the collaborative efforts of the newly formed Open Handset Alliance. Several companies joined this alliance, such as Google, HTC, Intel, Sprint-Nextel, T-Mobile, and NVIDIA, whose goal was to create open standards for mobile devices. The first device directly from Google was the G1 on T-Mobile which launched in September 2008, and included GPS functions, a 3.1MP camera, and an array of Google apps. This was the beginning of what was to become an exciting adventure for Google and for the entire mobile industry.

Android 1.5 “Cupcake” was the first major platform release distributable to handsets beginning in May, 2009. This update demonstrated that the OS should be taken seriously by the developer community. The UI was greatly improved over 1.1 and it added the following features:

The successful launch of the HTC Hero running Android 1.6 propelled the OS to an unexpected level of popularity. As a result, Android finally began to seriously grab the attention of non-Android users and made competitors such as Apple and Microsoft take notice.

Many Android users and non-users alike have probably wondered, "Why in the world does Android have names of desserts associated with its OS?" This nomenclature began with the release of Android 1.5. Each dessert gets bigger in size (compared side by side upon launch) with the commemoration of each release and is in alphabetical order: cupcake, donut, and eclair. It was expected that version 2.2 would be “flan” which, it turns out, was incorrect. “FroYo” (short for “frozen yogurt”) is the new moniker for Android 2.2 which is being officially released to the Google Nexus One as of this writing. The name for the next revision will be “Gingerbread.”

Android 2.2 “Froyo”: While Nexus One owners are now receiving their OTA Android 2.2 “FroYo” updates, those with other devices are hoping for their own updates in the very near future. This release brings with it an exciting set of upgrades that will leave any smartphone user salivating at the mere thought of it. Some of these feature sets include:

There is a growing chorus of rumors circulating that Android 3.0 "Gingerbread" will be released sometime in the fall and that it will include some really exciting new features.  We can only hope this is true.

For the sake of brevity, this synopsis will include only "game-changing" Android phones in North America.

As the reader can easily see, Android has come a long way since its early days of 2005 and earlier: from just a “notion” in the mind of Andy Rubin back in 2003 about what a device should offer, to Google’s acquisition of Android in 2005, along with the most recent advancements of the OS, and the screamingly fast pace of new device releases. All of this has set us on a very exciting ride with Android. One can only expect that this trajectory toward becoming the number one mobile OS in the world will continue. With its release onto tablets this year and with Google TV (and Google Music?) this fall, we can only imagine where this journey will take us.

[App Of The Week] ExtendedControls, A Power Control Widget On Steroids + Giveaway For 50 Licenses!